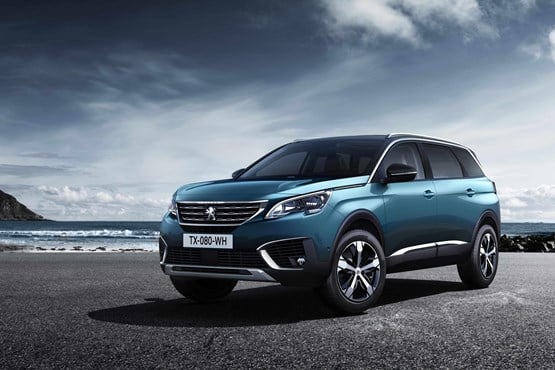 Peugeot will continue the transformation of its crossover line-up into a more rugged range of SUVs with the unveiling of its new 3008 and 5008 models at the Paris Motor Show.

The new vehicles will be showcased alongside a new GT Line specification for the recently updated 2008 and the official launch of the latest generation of i-Cockpit digital instrumentation.

Motor sports fans will also get a glimpse of the 3008 DKR race car ahead of its 2017 Dakar campaign.

Produced in Sochaux, France, the new model will be launched around the world following the Paris Motor Show and on-sale in the UK from January 2017.

The seven-seater 5008 SUV features a second row of seats which are entirely independent, identical, adjustable and foldable, while Peugeot said that  the third row are foldable and easy to remove to optimise a record 780-litres of boot space.

Built in Rennes, France, the new D-Segment SUV is set to go on sale in the UK in spring 2017.

Peugeot’s new i-Cockpit features on both cars and the new 2008 GT Line.

A large eight-inch touch screen brings together comfort controls with the screen neatly located in the centre of the dashboard, meanwhile.