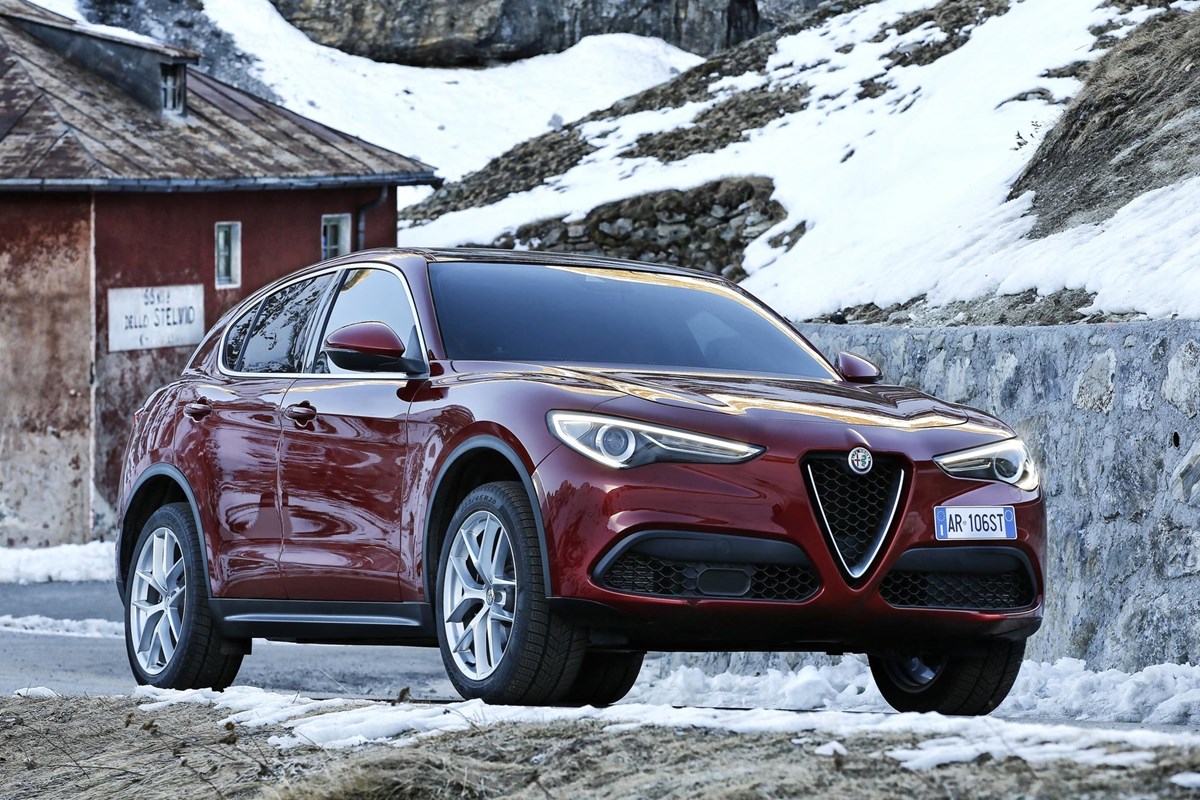 Alfa Romeo has revealed details of the its new Stelvio SUV ahead of its arrival in UK showrooms later this year.

Following on from the exclusive ‘first edition’ and the range-topping Quadrifoglio dertivatives that made their public debut at the LA Auto Show, Alfa Romeo has unveiled the Stelvio, Stelvio Super and Stelvio Tecnica which will be a more common sight.

Alfa Romeo officials have suggested that the new model could account for as much as two-thirds of its annual sales volume over the next five years.

Initially available with a choice of a 280PS two-litre turbocharged petrol or a 210PS 2.2-litre turbodiesel engines, all Stelvios will come fitted with an eight-speed automatic transmission and Q4 all-wheel drive.

Alfa Romeo claims a 5.7 second dash to 62mph and 143mph top speed in its performance statictsics for the two-litre turbocharged version of the Stelvio.

Its 2.2-litre turbodiesel – initially available with 210PS but with a 180PS version coming later – claims 6.6 seconds and 133mph for the same benchmarks.

Fuel economy claims of 33.6mpg for the petrol engine and 49mph for the turbodiesel are aligned to CO2 emissions of 161g/km and 127g/km, respectively.

Set to go head-to-head with the likes of Jaguar’s F-Pace, the Alfa Romeo is expected to deliver dynamically and Alfa Romeo claims to have set new standards for the class.

With its name inspired by an Italian mountain pass with no fewer than 75 hairpins the Stelvio comes with claims of 50:50 weight distribution and new AlfalinkTM technology which includes the most direct steering ratio in the segment and state-of-the-art suspension.

Its Q4 all-wheel-drive system is also rear-biased – like that of the Jaguar – delivering 100% of the available torque to the rear axle in normal driving conditions.

As the wheels approach their grip limit the system transfers up to 50 per cent of the torque to the front axle.

A statement said: “This translates into best-in-class control in terms of traction and directional stability on corners.”