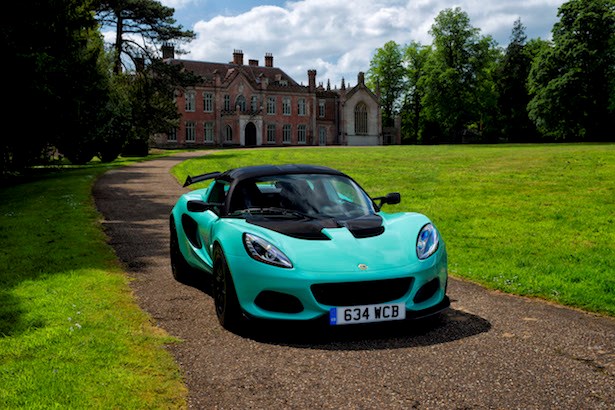 Lotus has launched its fastest, most focused four-cylinder sports car ever – the Elise Cup 250.

Its supercharged 1.8-litre engine, combined with a lightweight body, allows the car to accelerate from 0-60mph in just 3.9 seconds.

Prices start at £47,400 with options such as a carbon fibre aerodynamics package and carbon fibre trim easily adding a further £10,000. Air conditioning, leather seats and a stereo are all options.

The car’s enhanced aerodynamics come from a number of additions including a new lightweight rear wing, front splitter, bargeboards and rear diffuser contributing to 125Kg of downforce at 140mph.

It’s the latest model to receive the Cup treatment and Lotus says the Elise Cup 250 bridges the gap between road and track to offer racecar capabilities in a package that can be used every day.

The Elise Cup 250 carries the new visual identity, first introduced on the new Elise Sport and Sprint models. Changes to the body include a redesigned lightweight front clam panel with wider radiator apertures and mesh pattern grille, and a new design of rear transom panel featuring two light clusters, rather than four, visually enhancing the design.

Jean-Marc Gales, chief executive of Group Lotus, said: “We know what existing Lotus enthusiasts demand from our cars and we are also bringing in many new customers who can see clearly that we offer an unrivalled combination of performance, styling, dynamics and value for money. The power and aerodynamic prowess of the new Elise Cup 250 has taken the fight beyond the reach of lesser rivals and, at just 860Kg, it shows that we are ahead of the curve in delivering lightweight, intelligently engineered sports cars.”

London-based Lotus customers get on track with Hexagon dealerships

London-based Lotus customers get on track with Hexagon dealerships