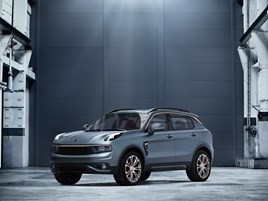 The Volvo-owning Zhejiang Geely Holding Group could be poised to buy 49.9% of Proton and a controlling stake in Lotus as part of a deal announced today.

The Chinese car manufacturer will buy its stake in Malaysia's national carmaker and a 51% share in the Norfolk sports car maker from conglomerate DRB-HICOM (DRBM.KL), according to a report published by Reuters.

Speaking at a press conference to announce the deal, Malaysia's second finance minister, Johari Abdul Ghani, said: "Proton will always remain a national car and a source of pride, as Proton will still have a majority hold of 50.1%.

"Our very own much-loved brand now has a real chance in making a comeback, a huge one I hope."

DRB-HICOM said an agreement with Geely was expected to be signed in July.

Reuters reported that Geely was expected to offer Proton some of the latest vehicle technologies it has developed with Volvo's input, with the aim of growing its sales overseas.

In April last year the Malaysian government handed a 1.5 billion ringgit ($364.08 million) financial aid to Proton in April last year, on the condition that the carmaker find a strategic foreign partner soon.

As well as overseeing the resurgence of the Volvo brand since it bought the ailing Swedish manufacturer from Ford in 2010, Geely is slowly becoming morewell known in the UK through publicity surrounding its forthcoming launch of the Lynk & Co premium brand.

European and American sales of the Lynk & Co ‘collection’ are set to start in early 2019 without an accompanying franchised dealer network.

The premium SUVs will be sold, leased and rented via a webs-site and pop-up retail locations, according to the brand’s senior vice-president, Alain Visser, who spoke to Autocar recently.

Visser told the magazine that taking out the middle men would save the brand 25% and this would be reflected in the price of the vehicles, which will share the Volvo CMA platform.