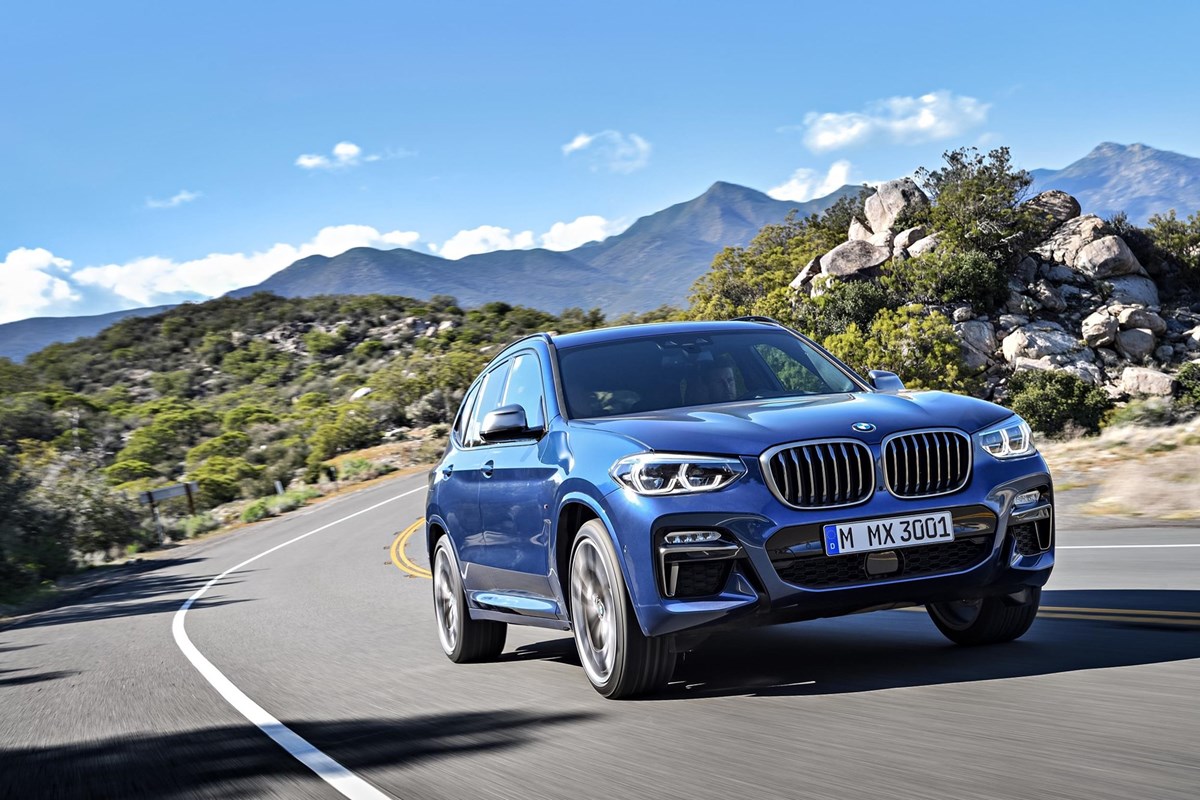 The facelifted model has received very light cosmetic changes with the most noticeable difference being larger front grilles.

A new 2.0-litre petrol engine joins the range, alongside the familiar diesel offering, plus a new performance flagship, the M40i – the first ever M Performance vehicle in the X3 line-up.

The all-new X3 features three-zone automatic climate control as standard. This feature adds separate temperature controls for the rear compartment to those for the driver and front passenger.

In the rear compartment the angle of the standard 40:20:40 split/folding rear seat backrests can be adjusted individually and through various stages thanks to the optional rear comfort seat. This feature also allows the backrests to be released remotely from the load compartment, which expands the standard load capacity of 550 litres to 1,600 litres.

The new BMW X3 can be locked and unlocked using the optional BMW Display Key found on the BMW 5 Series and 7 Series. The Display Key offers a series of additional features, keeping the driver informed of fuel levels and any service or maintenance work due, and letting them know that the windows and sunroof are closed. Plus, it can also be used to operate the optional auxiliary heating.

All of the models available at launch are equipped with xDrive intelligent all-wheel drive as standard. The system now features a lighter rear differential and a modified transfer case, which made its debut in the current BMW 7 Series, aiding efficiency and helping with the car’s 50:50 weight distribution.

BMW says weight reduction was a key factor in the development of the new X3, aiding efficiency and agility. As a result, the new X3 is up to 55kg lighter than its predecessor, depending on model.