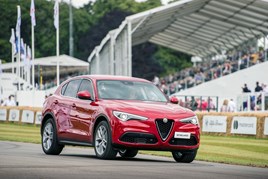 Alfa Romeo has revealed prices and specification for its first ever SUV, the Stelvio.

Costing from £33,990 the new car is significantly cheaper than rivals such as the Jaguar F-Pace, BMW X3 and Volvo XC60.

Four trim levels have been confirmed when the car hits showrooms in September: Stelvio, Super, Speciale and the limited production Milano Edizione. A fleet specific Technica model is also expected, alongside a high performance Quadrifoglio version.

At launch, drivers will be able to choose between two engine versions – 2.2-litre 210ps diesel and a 2.0-litre 280ps petrol – both with all-wheel drive and an eight-speed automatic transmission as standard.

The petrol engine accelerates from 0-62mph in just 5.7 seconds and can reach a top speed of 143mph.

The diesel is more focused on efficiency, emitting 127g/km CO2 and returning 58.9mpg. However it can still reach 134mph and hit 62mph in 6.6 seconds.

Euro NCAP awarded the Stelvio a five star rating with a score of 97% for the protection of adult occupants; the highest score in its category. 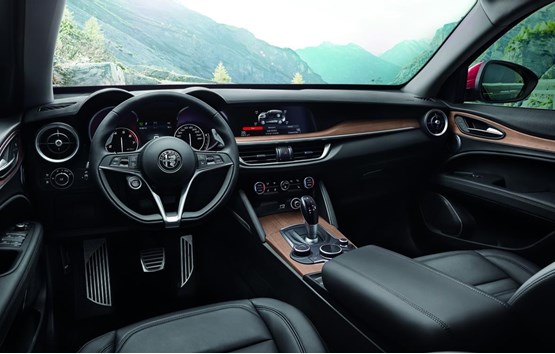 Alfa Romeo Giulia: drivers will love it, but will dealers? (gallery)

Alfa Romeo Giulia: drivers will love it, but will dealers? (gallery)