Seat’s Leon hatchback has been awarded 'best used car' at What Car? Used Car of the Year Awards.

In the family car category, the Leon beat the Kia Cee’d and Ford Focus.

However, the Leon managed to beat its Audi A3, Volkswagen Golf and Skoda Octavia siblings as the only one of the quartet to feature in the shortlist.

The 15 What Car? Used Car of the Year Winners were categorised into age groups to reflect the choice available on the used car market. 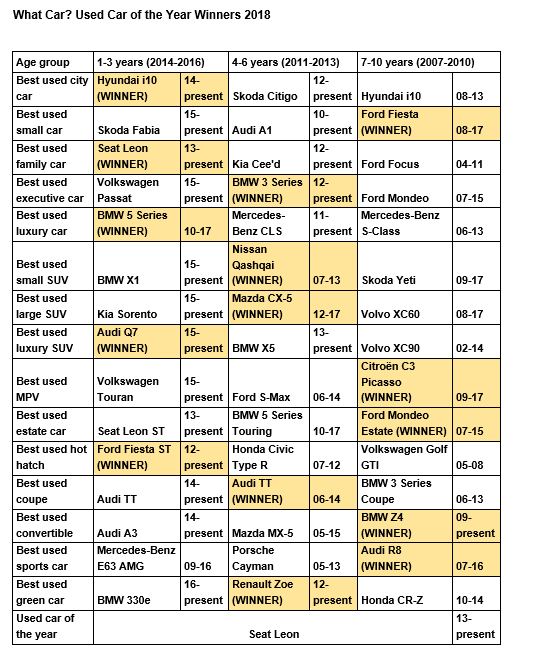 The final decision on winners was taken by a panel of experts, based on the main criteria of quality, reliability, value and the availability of desirable versions with the Leon coming out on top.

Alex Robbins, used cars editor at What Car? said: “Our overall winner, the 2013-on Seat Leon not only offers outstanding value for money, but also manages to cram in a dash of flair that makes it a delight to live with, with sharp handling and great looks.

“Given how much it offers, it isn't hard to see why the Leon won its age group, and indeed, the Best Used Family Car category.

“But in the end, the Leon's blend of quality, practicality, character and keen pricing gave it the edge. It's a worthy winner of our 2018 Used Car of the Year Award.”