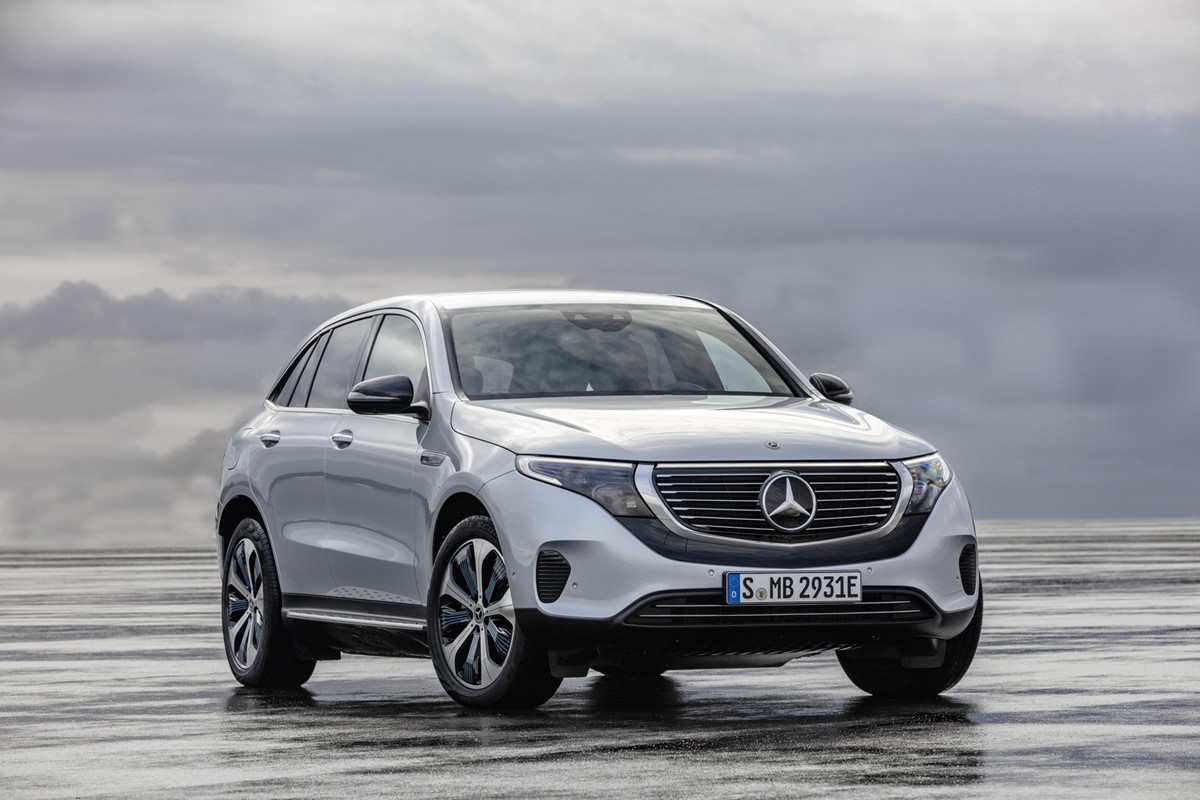 Mercedes-Benz has announced that it will take the battle of the EVs to Tesla, Audi and Jaguar Land Rover with a new EQC SUV which will reach UK car dealerships in 2019.

Based loosely on a GLC platform, the five-seat EQC is the first in a whole range of new electric models to come from Mercedes in the next five years and features a WLTP range of 249 miles - thanks to an 80Kwh battery - and 408PS.

Prices are expected to start at around £67,000, which is in line with the car’s key rivals: the Audi e-tron and the Jaguar I-Pace.

Speaking at today’s unveil of the EQC Dieter Zetsche, chairman of Daimler AG and CEO of Mercedes-Benz Cars, said: “Electric drive is a major component in the mobility of the future. We are therefore investing more than ten billion euros in the expansion of our EQ model portfolio, and more than one billion euros in global battery production.”

Mercedes-Benz said that the EQC will be available with just one powertrain initially, but Mercedes bosses have hinted that versions with different ranges and price points are a possibility.

Two electric motors are used in the EQC, providing all-wheel-drive. The rear motor produces more power than the front to improve driveability. The less powerful front motor can be used for normal driving and uses less energy.

Together the motors generate 765Nm of torque, enough to propel the 2.5-tonne SUV to 60mph in five seconds.

The battery can be charged from 10% to 80% capacity in as little as 40 minutes, using a DC charger, according to Mercedes-Benz.

Inside, the dashboard is largely lifted from the GLC although it features the twin-screen MBUX infotainment setup that debuted on the new A-Class. It has 500 litres of boot space.

Series production of the EQC will start in 2019 at the Mercedes-Benz plant in Bremen, where preparations for are already fully underway to accomodate the new line.

The new EQC will be integrated into ongoing series production as a fully electric vehicle. In parallel with this, production of Mercedes’ own batteries for the EQC is coming on stream at its expanded battery plant near Dresden.

Mercedes will showcase the new model at the Paris Motor Show in October.