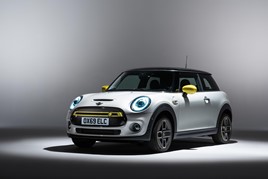 BMW/Mini has said that limiting the range of its new Mini Electric hatchback to 124 miles in order to keep its starting price pegged back at £24,400 (including Plug-in Car grant).

The brand’s new British-built electric vehicle (EV) was officially launched yesterday (July 9) and its WLTP-certified range of 124 to 144 was said to be more of a price consideration than a practicality concern.

Mini UK director, David George, said that the new model “could be the tipping point for wider adoption of electric vehicles in the UK marketplace” when it reaches showrooms in early 2020 – just in time to take on the new Honda e, the new Peugeot e-208 and the Vauxhall Corsa-e.

The Mini Electric’s launch coincided with yesterday’s Government announcement that EVs will be exempt from BIK company car tax from 2020/21.

Speaking to AM’s sister title, Fleet News, about the car’s appeal to corporate customers, George said: “We are assessing levels of interest and are already in conversation with some customers.

“With the changes to BIK, and range and price of the Mini Electric, it’s going to be really appealing to company car drivers and will drive interest from a corporate perspective and is helping inform our mix planning.” 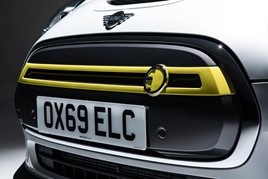 The motor is the latest version of the BMW Group’s synchronous electric motor, offering a maximum output of 187PS and maximum torque of 270 Nm to result in Cooper S-rivalling 7.3 second acceleration to 62mph time alongside a top speed limited to 93mph.

The Mini Electric is designed to accept both AC and DC charging using Type 2 and CCS Combo 2 plugs. The car can achieve 80% charge in 35 minutes at a 50kW DC fast-charging station.

Production will begin at Mini’s Oxford production plant later in the year. However, order books opened on the day of the launch and the new car has already attracted 20,000 expressions of interest.

According to Oliver Zipse, BMW AG board member for production, the BMW group’s production of EVs will increase by 30% year-on-year between 2021 and 2025; with 25 electric models in its line-up by 2021.

Car manufacturers accused of delaying EVs to ‘cash-in on SUVs’

Car manufacturers accused of delaying EVs to ‘cash-in on SUVs’