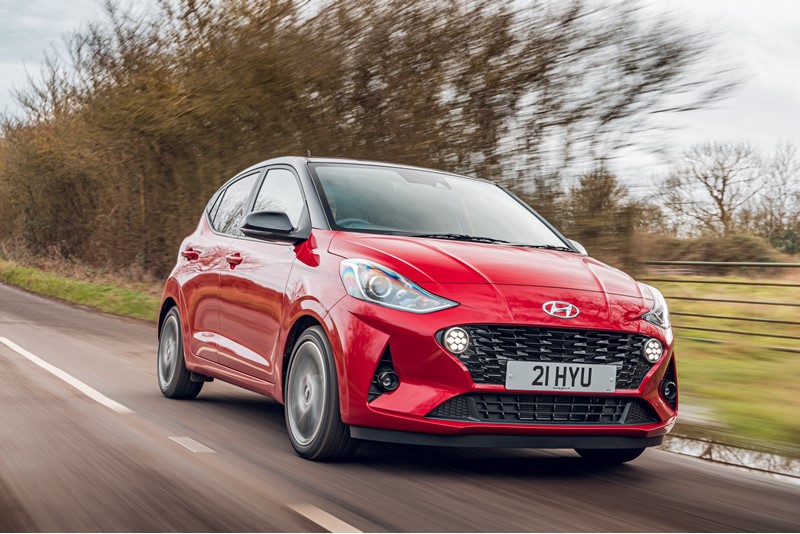 As AM’s market intelligence section often reflects, the city car feels like something of an endangered species after years of SUV adoption led to the emergence of increasing competition from compact crossovers.

But despite the shift towards taller, bulkier cars, Hyundai started 2020 with the launch of a completely redesigned i10 hatchback.

The new Hyundai i10 is 20mm wider and has a 40mm longer wheelbase than its predecessor but appears to be targeting a more youthful audience, following-up the previous version’s sporty PLAY run-out model with more dynamic styling and a 20mm drop in ride height.

A 40mm wheelbase extension liberates adult-sized rear accommodation and three rear seats in a class where two is the norm.

Hyundai’s rival to the likes of the Peugeot 108, Toyota Aygo and Volkswagen Up has never felt particularly sporty in the past, but with its new lower stance, LED fog lights and optional black roof it now looks the part.

Frowning headlights and pronounced creases down the length of the bonnet also add aggression.

Prices starting at £12,495 mean that it sits between the aforementioned city cars and their slightly larger B-segment stablemates.

Thankfully the 16-inch alloys and tinted rear windows of this trim add to the impression that the i10 is now a more premium car.

Three trim levels are available (SE, SE Connect and Premium), along with the choice of a 67PS normally-aspirated one-litre petrol engine or the 84PS 1.2-litre tested here. 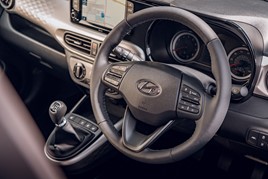 The SE Connect adds an eight-inch touchscreen infotainment system with Apple CarPlay and Android Auto smartphone connectivity, a reversing camera and an upgrade from 14-inch steel wheels to 15-inch alloys for an extra £1,000.

Premium adds tinted rear windows and 16-inch alloys on the outside and a heated multi-function steering wheel inside among its upgrades.

Its multi-function steering wheel and attractive honeycomb pattern to the dashboard are highlights.

An optional £1,000 Tech Pack, meanwhile, will add a wireless smartphone charging pad and Bluelink telematics system which allows owners to locate their vehicle via their mobile phone and send navigation instructions ahead ready to start their journey.

Out on the road the little 1.2-litre engine doesn’t feel like the range’s more powerful option, more a minimum requirement for anyone spending any amount of time on A-roads and motorways. 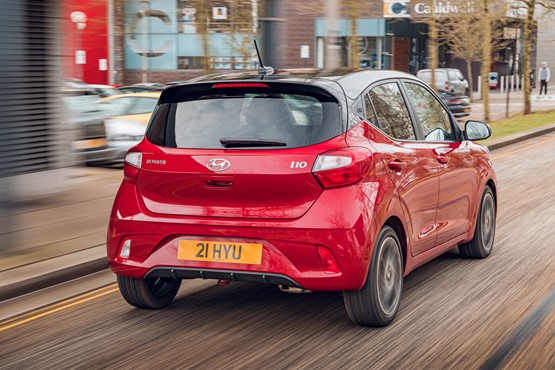 There is fun to be had from the i10, though, as it serves up an almost forgotten fleet-footed feeling only a truly compact car can deliver at lower speeds.

From a quality and technology perspective, the new i10 has much to desire.

But its cost could yet prove a hurdle for car retailers to overcome in the showroom.