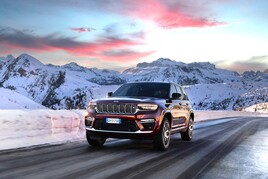 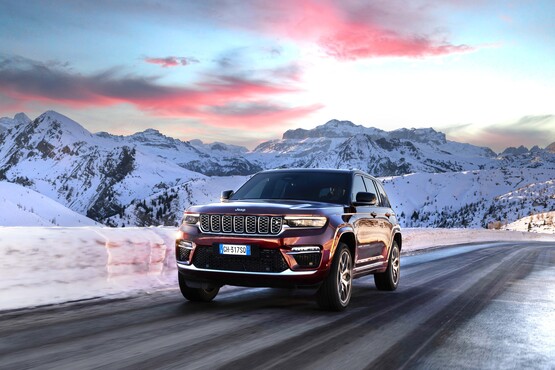 Jeep will bring its flagship Grand Cherokee model to the UK market this year, with a plug-in hybrid powertrain.

The car maker will accept pre-orders for the new model, via its website, between February 24 and March 31, before it arrives in showrooms in the summer.

Now in its fifth generation, the Grand Cherokee boasts a number of technical updates, including four digital displays, and is the first new Jeep to launch with only electrified powertrains.

The car, which was revealed last year in seven-seat 'L' guise, will be offered in Europe as a five-seat model only.

The 4Xe powertrain in the Grand Cherokee combines a 2.0-litre turbocharged petrol engine with a pair of electric motors. It has a total output of 380PS and promises a zero-emission range of around 31 miles, when the 17.3kWh battery is fully charged.

Official performance and efficiency figures are yet to be published.

The launch edition, known as Summit Reserve, is fitted with 21-inch wheels and all available options. The specification includes leather upholstery with heated and cooled seats, a 950-watt McIntosh sound system with 19 speakers, a night vision camera and a digital rear-view mirror.

Jeep’s latest uConnect 5 infotainment system is fitted, featuring four digital displays. There’s a digital instrument cluster and colour head-up display, plus a central touchscreen and an additional display for the front passenger. The system includes a range of connected services.