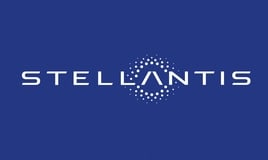 Stellantis plans to accelerate its turnover from software-enabled services and subscriptions to €4bn (£3.4bn) in 2026 and €20bn (£17bn) in 2030 as its transitions to a new role as a “sustainable mobility tech company”.

Seven months after the OEM behind Abarth, Alfa Romeo, Citroen, Fiat, DS, Peugeot and Vauxhall told its franchised car retailers they would be issued with two-year termination notices as part of a reorganisation of its distribution networks ahead of the introduction of new EU Block Exemption rules further detail has emerged of its strategic direction.

It plans to leverage profits from the creation of 34 million monetizable connected cars by 2030 with the offer of features on demand and other services, including telematics-based vehicle insurance.

Partnerships have been struck with microchips producer Foxconn and autonomous car and telematics specialist Waymo to help drive the shift. 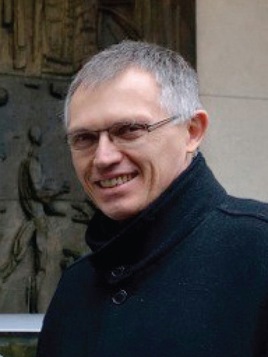 Announcing the plans today (December 7), Stellantis chief executive, Carlos Tavares said: “Our electrification and software strategies will support the shift to become a sustainable mobility tech company to lead the pack, leveraging the associated business growth with over-the-air features and services, and delivering the best experience to our customers.

“With the three all-new AI-powered technology platforms to arrive in 2024, deployed across the four STLA vehicle platforms, we will leverage the speed and agility associated with the de-coupling of hardware and software cycles.”

By 2024, Stellantitis said that it hopes to have 4,500 software engineers to help facilitate its ambitions.

“Monetizable is defined as the vehicle’s first five years of life”, Stellantis said.

The OEM will launch three new tech platforms in 2024

The cloud-enabled STLA Brain facilitates over the air updates and will enable software developers to create and update features and services quickly without waiting for a new hardware launch, Stellantis said, adding that it will “simplify maintenance for the user and sustain vehicle residual values”.

STLA AutoDrive, which has been developed in partnership with BMW, will offer Level 2, Level 2+ and Level 3 autonomous driving capabilities and will be continuously upgraded through OTA updates.

Earlier this year Stellantis confirmed that retail franchisees of its Alfa Romeo and DS car brands and all light commercial vehicle (LCV) operations will be subject to agency model sales contracts from 2023 after it announced that its car retail franchisees would be issued with two-year termination notices as part of a reorganisation of its distribution networks.

In a statement issued to AM which responded to car retailers’ suggestions that the manufacturing giant had “laid down the law” in a webinar meeting detailing the restructure, a spokesperson for the OEM insisted that “the vast majority of retailers for all brands will be retained”.

This summer Stellantis announced that it will spend £25bn in the next five years to establish a new generation of electrified vehicles and batteries, with Vauxhall becoming EV-only by 2028.

The automotive group, which owns 14 car brands, has set a target for electric vehicles (EVs) and plug-in hybrids (PHEVs) to account for 70% of its European sales by 2030.

In October Stellantis revealed that it would be expanding its all-inclusive Free2Move Car On Demand monthly car subscription service to the UK.