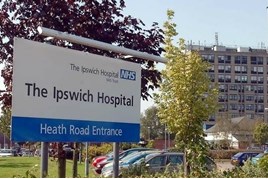 A wheeler dealer former car trader has left £1.5 million to the hospital that cared for him.

Friends of frugal Peter Gibbons described how the resident of Bramford, Suffolk, would fish through a rubbish dump to replace broken electrical appliances and “moan if he had a £20 shopping bill”.

Many were shocked by the scale of his generosity following his death from heart disease – at the age of 90 – in May last year.

The East Anglian Daily Times reported that Gibbons’ £1.5m donation to Ipswich Hospital was the largest that the facility had ever received, adding that "thousands of people" would benefit.

Gibbons, from Bramford, Suffolk, was "thrifty" and sold second-hand cars and trailers, according to his friends Gary and Trisha Walton.

Mrs Walton told the newspaper: "You heard rumours about his money, but when we found out how much it was we were quite shocked.

"He was a lovable rogue - a bit of a wheeler dealer.

"People who knew him just knew that was the way he was, that was him and he was quite happy.”

Gibbons always praised the care he received at the hospital and felt the nurses did not get paid enough, Mr Walton said.

His donation means the hospital can renovate four wards, improve the children's ward and use the rest of the money for projects suggested by staff.