Death of Ken Trinder announced after short battle with cancer 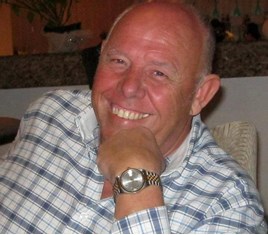 Trinder, who died at the weekend aged 67, was widely known across the fleet and motor industries, having held a number of key positions with leading companies.

In 2002, Trinder became head of business development at epyx and played a fundamental role in the company becoming one of the most important e-commerce platforms in the motor industry.

More recently, he was in the process of launching a new career management platform company, Dalmatian Systems, at the time of his death.

He lived in Nottingham for most of his adult life and is survived by two daughters – Katie and Lucy, and his partner, Bobbie.

Katie Trinder said: “Dad loved working in the motor industry and made many, many friends. You couldn’t visit a restaurant or a shop without him bumping into someone he knew and who were clearly very fond of him.

“He was just that kind of man. People instantly liked him.”

Trinder’s funeral will take place on May 5th at 2.45pm at Mansfield Crematorium.

A JustGiving page has been set up in his memory with all proceeds going to Cancer Research.