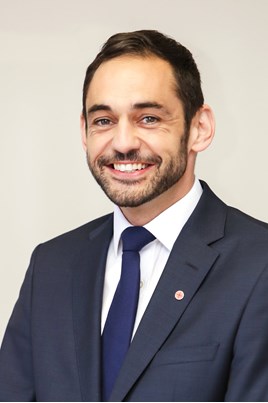 The Warranty Group has appointed two new business development directors for its Automotive Division as the company continues to strengthen its sales team.

Binley joins from MAPFRE Abraxas where he was also business development manager and has additionally worked in the dealer world at DMS specialist Cooper Solutions.

Prendergast has been area sales manager for AutoProtect since 2014 and has also held sales roles at Audatex/HPI, Ai Claims Solutions and Helphire.

A statement issued by the Warranty Group highlighted that the arrival of Binley and Prendergast follows three key appointments in October, when Damian Tyler became head of business development for the company’s Automotive Division.

Tyler said: “We have been completely overhauling the sales operation here at TWG in recent months and, with these latest appointments, are very close to where we ultimately want to be.

“Across the team, we now have a really engaging and experienced set of people who, we believe, have the ability to take our new and exciting products and propositions to market.

“We’ll be announcing one or two new recruits in the New Year that should complete the picture. These are exciting times to be at TWG and we are looking forward to a very successful 2018.”