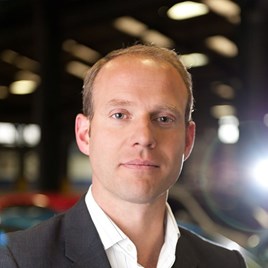 Cox Automotive has announced a number of changes to its executive leadership team, including Martin Forbes as CEO.

Existing CEO Michael Buxton will transition to the role of chief operating officer for Cox Automotive's International operations on July 1.

He will work alongside president of Cox Automotive International and original founder of Manheim UK, John Bailey, in a role that spans businesses in the UK, Canada, Australia, New Zealand and the Far East.

He Forbes said: "I am very excited to be leading Cox Automotive in the UK through its next chapter; delivering a complete, committed and connected service to our customers.

"The Manheim business will continue to be a major focus for growth in 2018. We have clear plans to make wholesale stock management smarter and simpler for manufacturers, leasing companies and dealers.  We have the right team to deliver this - there is an incredible depth of knowledge in the Manheim team and a true understanding of our customers' needs."

Peter Bell takes on the role of managing director of Manheim from Tim Hudson, who has made the decision to leave the business.

He joins Cox Automotive from Jaguar Land Rover where he held the role of global financial services director.