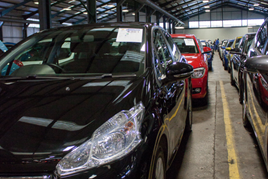 Cox Automotive has enjoyed a year of growth, driven by demand for its online businesses.

"Against the grain of market expectations, we've seen growth across the board, with all businesses reporting a solid 12 months," said Philip Nothard, head of external relations at Cox Automotive.

The organisation's online Dealer Auction platform experienced a 7% uplift in volume sold and a 12% increase in average sales value.

“We have noticed a surge in dealers using our online auction capabilities, proving their effectiveness and simplicity, and we predict the uptake of these will grow even more rapidly over the coming years," Nothard said.

Manheim enjoyed stable year-end volumes through its online and physical lanes (within 1% of 2016), and vehicles sitting within the £10k - £20K price banding saw strong growth, up 9% for the year.

NextGear Capital, the stock funding arm of Cox Automotive, saw a 37% increase in units funded and reported a 3.7% increase in dealers using the business during 2017.

The group’ fuel sales figures contrast with SMMT figures on the new car market, showing that both wholesale and consumer used car channels reported positive diesel sales for the year.

Manheim recorded a 1% rise in sales volumes for used diesel vehicles (versus a 3% drop in used petrol vehicles), while Motors.co.uk reported positive growth for diesel vehicles in both the £20-£30k and £30-£40k price bands.

"The fuel row which came to a head in the latter part of the year clearly played a part in the performance of the new car market, but we've been less affected from a used point of view across both wholesale and consumer. There is clearly a continuing appetite for all variants which we expect to continue, specifically in the £20-40k price bands for diesel," Nothard added.

Cox Automotive expects 2018 to be a positive year for the UK automotive industry. It believes that used vehicles will continue to take prominence, and advises that further investment in providing a top class aftersales service will be a key priority for 2018. 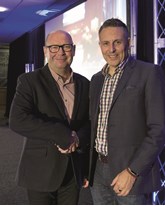