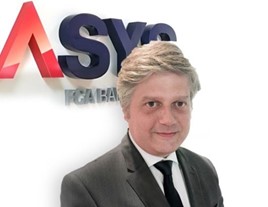 The FCA Bank’s mobility solutions and long term rental group has appointed Alberto Grippo as its chief executive officer amid a series of changes at the top of the organisation.

Grippo has been part of the team at FCA Bank since 2000 and most recently led the operations of FCA Bank in Spain, Portugal and Morocco.

It was in this role that, after taking FCA Bank’s first step outside Europe with the successful launch of the Moroccan operation, he led the implementation of the first European branch of Leasys in Spain.

Leasys said in a statement that Grippo will now lead the business towards the consolidation of its operations and will continue to implement its internationalisation strategy which, beginning in 2017, has already led to its expansion into six countries outside of Italy.

Among the other organisational changes announced in leading roles at Leasys’ international operations Roberto Bellavia, formerly of Leasys UK, will replace Danny Meulenberghs as the head of Leasys Belgium.

Replacing Bellavia, leadership of Leasys UK is assigned to Sebastiano Fedrigo, who joins from the position of brand director at Mopar within Fiat Chrysler Automobiles UK.