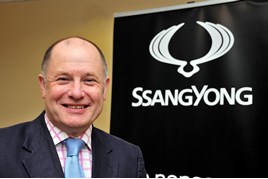 Tributes from former motor industry colleagues were published across social media following news of the 57-year-old’s death on Sunday (December 9).

AM understands that Williams was taken ill after contracting Creutzfeldt-Jakob disease, commonly known as CJD, which is said to affect just one-in-a-million people annually.

Paying tribute to Williams today (December 11), ASE managing director, Mike Jones, said: “Really sad to hear that Paul Williams has died. One of the industry's great characters who it was always great to catch up with. Enjoyed some very memorable NADA trips with him over the years. Thoughts are with his family and friends.”

Autocar editor-in-chief Steve Cropley said that he was “shocked” at the sudden death of Paul Williams.

He added: “Paul had become a mate: not meeting him next Sunday for a bacon sarnie, as we often did, will be sad indeed.”

A statement issued by his family yesterday (December 10) said: “It is with great sadness that the death of Paul Williams has been announced by his family.

“Paul, 57, fell ill suddenly and died on Sunday in a hospice where he had been for just a few days.

“Paul had been involved in the motor industry since 1982 and worked for a number of brands.

“Most recently responsible for the return of SsangYong to the UK in 2007, he also played key management roles with Daihatsu, Mitsubishi and Kia.”

The statement added that arrangements for Williams’ funeral would be announced in due course.

Hepworth Motor Group managing director, Stephen Brighton, said that he had had the pleasure of knowing Williams from his early days with Daihatsu, both in and out of work. He decribed Williams as "a real character of the motor trade, both in how he worked and dressed - RIP Paul."