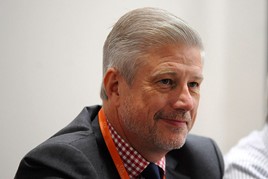 Until the end of October Bottomley was group managing director at Thurlow Nunn, the £218 million turnover dealer group with 12 Vauxhall dealerships and an agricultural supplies division across Norfolk, Suffolk, Cambridgeshire, Buckinghamshire and Bedfordshire.

Bottomley also served on the Vauxhall retailer board.

Hendy Group, also a family-run AM100 retailer, had turnover exceeding £500 million in 2017 having expanded quickly with its acquisition of Lifestyle Europe in 2016.

Bottomley replaces Andy Stevenson, who retires later this year from Hendy Group after 25 years with the business.

Bottomley said: “The company has such a compelling vision and a fantastic culture putting staff and customers at the heart of its business. It’s a real privilege to be here at such an exciting time in the history of Hendy and a time of tremendous opportunity in the market.”

Chief executive Paul Hendy said he was delighted to welcome Simon to the Hendy team. “Simon has fantastic experience which will be crucial as we move forward with our future plans,” he said.

“Having the right people in place is an important part of the business and we are thrilled that Simon has already fitted in so well and shares our ambitious vision for the future.”