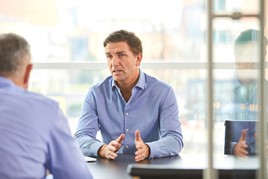 F&I technology specialist DealTrak has made a number of appointments and restructured its senior teams, as the business predicts significant growth in the next 12 months.

Other changes have seen head of insurance Christian Ingrey assume additional responsibility as head of data strategy, while Ben Moore is now IT director, and Steve Lees completes the team as operations director.

Together with DealTrak’s long-standing head of consumer credit Neil Watkiss, compliance manager Sam Marsden and head of business support Lisa McNaught, they will help to ensure product, service and culture consistency during the company’s growth.

DealTrak has an annual turnover of £3.6m and has consistently recorded significant, double-digit growth per annum since 2013.

Its technology now being used by 1,100 dealerships across the UK, representing potential transactions totalling £9.6bn.

The company has a 130% client uplift target by 2021, expects a 40% increase in the value of automotive lending through the platform, and hopes to achieve a 200% rise in the number of insurance policy registrations.

Hill said: “So many businesses comment on their culture, but in truth it is often an aside. At DealTrak, we’re all clear on our purpose as a company and this shines through in the colleagues we recruit – we have a team of 40 and our retention rate is fundamental to our growth.

“The formation of a new ExCo and management team may seem like major change for DealTrak, but it’s all part of our new swathe of people-led direction. We’re now clearer on who is responsible for what, we’ve appointed some of the most experienced talent in the industry to take on our newly-created roles, and we have a much stronger representation of the entire company’s voice at a senior level, as we work towards our ambitious 2021 targets."