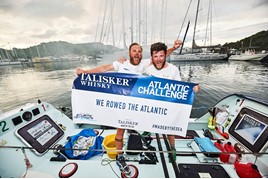 Tordoff, the nephew of JCT600 chief executive John and grandson of group founder and AM Hall of Fame inductee Jack, arrived in Antigua on Saturday (25) having completed the Talisker Whisky Atlantic Challenge in 44 days, 21 hours, 58 minutes.

Tordoff and Nicholl aimed to raise over £50,000 for automotive benevolent charity Ben; homeless charity CentrePoint; and the neonatal unit at Bradford Hospitals’ Charity with completion of the event. 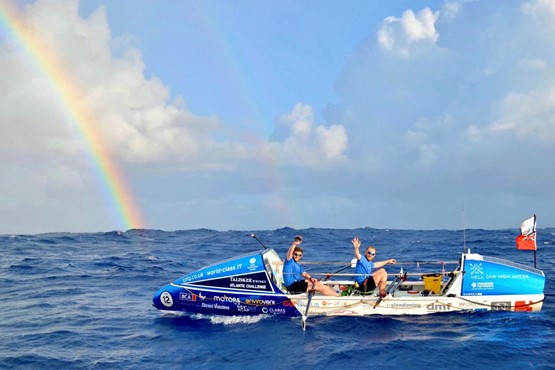 The pair – together team ‘Hell Oar High Water’ – set out from La Gomera, in the Canary Islands, back on December 12 and were greeted by relieved family and friends in the Caribbean at the weekend.

Despite having no previous rowing experience, the pair braved 50ft waves, sleep deprivation and sharks.

Participants also expect to burn over 5,000 calories per day and lose 20% of their bodyweight. 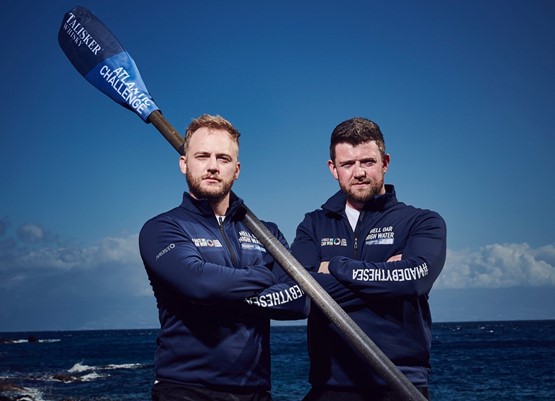 Speaking ahead of the challenge before their departure, Tordoff had said: “We are not ex/serving military, athletes or adventurers – we didn’t even have any rowing or ocean experience until a long time after we had signed up.

“Yet we believe that anyone can achieve the unthinkable and make a difference regardless of their background or perceived ability and we hope to demonstrate this through our row, whilst raising money and exposure for our chosen charities.”

He added: “We first started talking about taking part in the Talisker Whisky Atlantic Challenge over four years ago now.

“It was an idea that snowballed and was one that we just couldn’t shake. The opportunity to challenge ourselves and show that anything is possible played a huge part in our decision to finally sign up to the challenge. That was over two years ago.”

Donations can still be given in aid of Tordoff and Nicholl's chosen charities. Anyone wanting to recoguise the pair's endurance rowing feat should visit https://uk.virginmoneygiving.com/donation-web/fundraiser?fundraiserActivityId=918535&stop_mobi=yes.