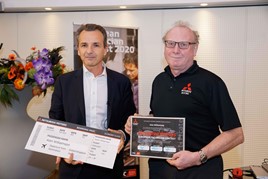 Park’s Motor Group master technician Alan Williamson will contest Mitsubishi Motors' Global Technician of the Year title in Tokyo after securing a podium finish in the European stage of the competition.

Williamson, who works in the aftersales department at Park’s Group’s Ayr Mitsubishi franchise, will compete at the manufacturer’s headquarters in Tokyo in February next year to contest the title.

Williamson qualified for the global competition based on his performance in a series of five practical tasks, each designed to test his knowledge after nearly 40 years of Mitsubishi experience.

Each task was completed against the clock with contestants only receiving a brief description of a fault’s symptoms, the limited details designed to replicate how a customer may attempt to explain an issue with their vehicle.

On achieving third place in the Netherlands, Williamson said: “The tasks were quite complex and the other technicians were very highly skilled, so I was really pleased to make the podium.

“It was a great experience and I’m really looking forward to Tokyo - it’s somewhere I’ve always wanted to go and I didn’t think I’d ever get the opportunity.”

Glyn Lewis, Technical Training Manager at Mitsubishi Motors in the UK, accompanied Alan on the trip to the brand’s European Technician of the Year competition.

He said: “Alan can feel immensely proud of what he’s achieved. Taking part in the competition can be incredibly stressful, but it’s such a professional event and it’s great to be a part of.

“It’s something that our technicians can aspire to and, if they put the work in, it’s within the reach of anyone.”

Richard Weller, director of aftersales at Mitsubishi Motors in the UK, said: “It’s a fantastic result for Alan and a great illustration of the extensive training that our technicians, and ultimately our customers, benefit from.

“We wish him all the best for the global competition, and he can travel to Tokyo knowing that everyone at Mitsubishi Motors in the UK and our entire dealer network is behind him.” 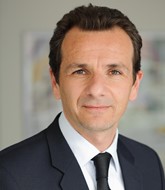