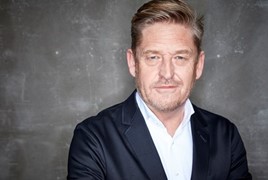 Spanish performance car brand Cupra has named its current Seat executive vice-president for sales and marketing and Cupra chief executive Wayne Griffiths as chairman of the board.

Khaled Soussi will now occupy the position of head of dealer network development and customer experience amid a raft of new appointments at management level.

Griffiths will lead the Volkswagen Group’s Spanish brand following the inauguration of its new corporate headquarters, the Cupra Garage, and the announcement of a product offensive which aims to help it grow to a €1 billion turnover marque.

Last month Cupra followed the recent unveiling of the new Seat Leon with that of its related 310PS Cupra Leon and more models will break cover, with the Formentor plug-in hybrid concept unveiled at last year's Geneva Motor Show indicating the direction of travel towards electric vehicles (EV).

New Cupra chairman Griffiths has seen his career closely linked to the Volkswagen Group, having joined the German OEM in 1989 at Audi AG in Ingolstadt.

After working for Seat for two years (1991-1993), he returned to the German brand, where he held several senior positions in the new sales division in various markets.

In 2016 he was appointed Seat vice-president for sales and marketing and in January 2019 he took up the position of Cupra CEO.

Cupra’s appointment of Griffiths as its new chairman comes alongside a number of other changes in its management.

In addition to Antonino Labate, its new director of strategy, business development and operations, and Jaime Puig, director of Cupra Racing, the team has been joined by Marta Almuni, the brand's new chief technical officer.

Antonio Vidal Tost is now head of sales, meanwhile, among other appointments, which include: Carlos Galindo, head of product; and Ignacio Prieto, head of marketing; and Xavier Serra, head of technical development of Cupra Racing.