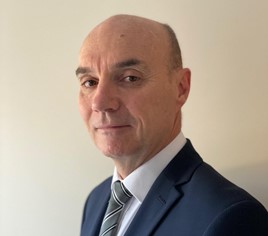 Honda UK has promoted regional operations manager Michael Doyle to the role of new head of network and commercial development with immediate effect.

Doyle will replace Rebecca Stead, who has moved to a new role as head of automobile as Phil Webb moves to Honda Motor Europe (HME) as deputy general manager of the HME Automobile Division, and takes up his new post having filled a total of 12 job roles over a 29-year career with the Japanese brand.

In his new role Doyle will assume responsibility for development, strategy and direction for Honda’s retail network for cars, motorcycles and power products.

Honda UK’s latest appointment comes after a series of changes within the brand’s UK leadership team which coincided with February’s appointment of Jean-Marc Streng as its new managing director ahead of the retirement of predecessor David Hodgetts.

It also comes as the brand continues to implement its plan to reduce the scale of its franchised retail network from 155 to as few as 100 locations between 2019 and 2022.

Commenting on Doyle’s new posting, Streng said: “Having spent almost eight years out in the field working directly with our retail network, Michael Doyle was the perfect fit for taking over as head of network and commercial development.

“I am looking forward to working with him to drive the UK business forward.”

Doyle joined Honda in 1991 as a press fleet technician and has risen through the ranks, spending eight years working on customer and dealer retention before moving his attention to the retail experience and service operations.

His most recent role as regional operations manager for the southern region saw him coach and lead a team of 11 area managers covering over 50 car dealers to maximise profitability and customer satisfaction.

Doyle said: “Prior to running the southern region operations for Honda’s car dealer network for just under four years, I had been working with a pan brand focus across motorcycles and power products as well as cars for almost a decade.

“Taking over as head of network and commercial development is a consolidation of my career at Honda and my experience to date will enable me to hit the ground running during these challenging times.” 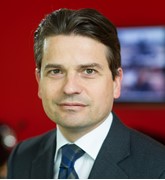