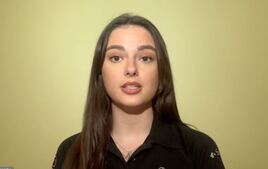 The NFDA said that appointing ambassadors would help to deliver “the exposure the success stories that those working in automotive deserve” as part of its bid to attract a new generation of talent to the automotive retail sector.

After virtually handing over an award to Anscombe, NFDA chief executive Sue Robinson, will also act as a mentor for the scheme’s first ambassador.

Robinson said: “Our success stories have been instrumental in promoting the automotive industry to young people and we look forward to developing our new Ambassador Scheme to give further exposure to our colleagues’ inspiring careers.

“A huge welcome to Samantha as our first Ambassador and thanks to Sytner for their continued support.”

Anscombe said: “I am beyond grateful for the opportunity Drive My Career has offered me.

“Being an Ambassador of something I am so passionate about is very exciting, I cannot wait to learn more about how the other side of this industry works and I look forward to starting to collaborate with the team.”

Anscombe started as an apprentice with Sytner in 2017 and won Mercedes-Benz’s apprentice of the year in 2020.

She has just started a university degree course in psychology and counselling.

As part of Sytner's 'In the Hot Seat' video profiles, Anscombe gave an insight into her experience at Merrcedes-Benz Teeside. View the video here:

Young people who have previously collaborated with Drive My Career and their line managers or HR colleagues will be approached over the coming weeks to join as ambassadors, the NFDA said.

Under the new Scheme, Drive My Career will be regularly in contact with its Ambassadors to receive feedback for dealer members’ recruitment strategies and its own activities.

Ambassadors will also be offered a number of opportunities, including:

Drive My Career is the employment platform launched by the NFDA in 2018 to make the motor retail sector more attractive to young jobseekers and connect potential candidates with their local retailers.

Earlier this year the NFDA celebrated the success of the third Drive My Career ‘Apprentice Takeover’ campaign run across social media, which achieved 180 mentions and more than 500 interactions – reaching over 650,000 people.

Last month Drive My Career put the health and wellbeing of automotive apprentices at the heart of a “Supercharged” free online event hosted by the Drive My Career campaign.

Announced to coincide with Mental Health Awareness Week (May 10 to 16), the June 9 event was created in response to feedback received by Drive My Career during the COVID-19 coronavirus pandemic.

Responding to a survey held in December, 73% of 227 the campaign’s target audience of young people aged 16 to 24 said they struggled with their mental health during the pandemic and 78% would be interested in learning more about the topic. 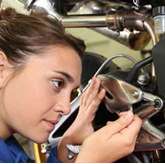