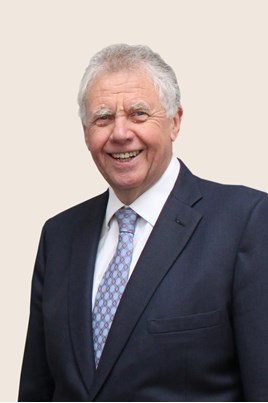 Johnson officially stepped down from his duties with the industry body at Tuesday’s (June 28) RMI board meeting.

He has been RMI Chairman since June 2015, having previously been chairman of the National Franchised Dealers Association (NFDA).

In a short statement issued by the RMI, Johnson said: “I wish my successor and the RMI team all the best for the future.”

“Peter has played a key role in the progression of the Retail Motor Industry, particularly through difficult times such as COVID-19 and Brexit”, said the RMI.

Johnson, who is 75 years old later this year, spent 30 years in senior roles in retail and distribution with the Rover group, Inchcape and Marshall Motor Group.

After leading the Marshall retail business between 1990 and 1995, he joined Inchcape, heading up its retail operation.

Former AM Personality of the Year winner Johnson was appointed chief executive of Inchcape from 1999 to 2005, during which time he oversaw the group’s growth in market capitalisation from around £250 million to over £1.5 billion, before becoming chairman in 2005.

Johnson was also non-executive chairman of Marshall Motor Group, until he stepped down in 2018, and served on the Bunzl Public Limited Company board from 2006 to 2015 as its senior independent director and chairman of its remuneration committee.