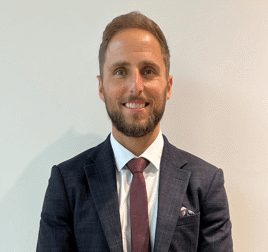 Lookers has promoted Costas Evlambiou to the position of general manager at its Volkswagen Battersea car dealership.

The former general sales manager at Lookers Volkswagen Guildford recently moved recently to the central London dealership in a period that has seen the outlet “go from strength to strength”, Lookers said, with monthly used car sales up almost 30% since the start of this year.

Lookers said sales of electric vehicles (EVs) have also accelerated since last year and now account for around a third of all new car sales at the dealership.

Costas said: “After more than four years with the Lookers family I’m delighted to have the opportunity to steer this thriving dealership in one of the best-known London locations.

“It’s an exciting time for the dealership and I’m thrilled to be heading up such a talented and focused team.

“There’s lots going on across the business and the progress we’re making not only in our used and new vehicle offering, but also in our EV sales, reflects Lookers’ focus on customer excellence, sustainability and innovation.”

Costas will lead a team of 50 and has overseen another recent appointment of Jordan Ratcliffe as used car sales manager.

Ratcliffe has been with Lookers for almost a decade and moves to Lookers Volkswagen Battersea from Lookers Honda Orpington.

The AM100 PLC recently completed a sale and leaseback deal for the 95,000 square-foot Volkswagen Battersea showroom and has agreed a 20-year lease on the strategically located property.

Last month, Lookers, whose chief executive Mark Raban was named as the AM Awards 2022's Business Leader of the Year, said it would maintain its relentless focus on operational optimisation and cash management as “significant inflationary pressures” impact car retail sector’s trading performance.

That assertion came in a trading update that revealed that the AM100 PLC expected its pre-tax profits to decline in the region of 10% year-on-year - from £50.3 million to around £45m - in a first half of 2022.