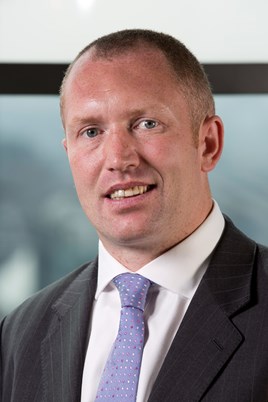 Allen joined the company in September last year as research director, and advised BCA Marketplace on its £1.1billion reverse takeover and main market IPO in April.

He has previously worked at Panmure Gordon, UBS, and Numis Securities.

In addition to this promotion, the firm has extended its research team with the appointment of Damian Dunn as trainee analyst. Dunn joins the firm from Tilney Investment Management, where he held the role of trainee investment manager.

Allen said: “Zeus Capital has a team of outstanding analysts, many of whom are experts in their field. Research plays a critical part in any transaction, and in my six months at the firm, I’ve worked on some of the most high profile deals.

“With all markets open for business at present, I’m confident of further success for Zeus in the coming months.”

Dunn said: “Over the last few years, Zeus Capital has built a reputation for acting on some of the nation’s biggest deals. Being a part of such as successful team is certainly attractive to me, and I’m looking forward to working alongside Allen to maintain this momentum.”

AM Poll
How soon will your business recover after the Coronavirus threat is over? (Please leave a comment)
Vote
View all
286