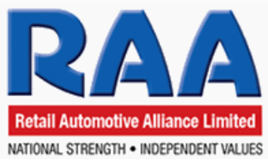 The Retail Automotive Alliance has appointed Paul Knight as its new chairman and John Matthews as its new business development director.

Knight, previously finance director of Ford Britain and Ford France, said: “I joined the RAA at its inception in 2005 as its first chief executive and saw it through its formative stages to become a successful buying group, having achieved savings of over £5million annually. I’m delighted to take RAA through its next stage of development”.

Matthews will head up the company's growth plans as its new business development director.  He has over 20 years’ service in the automotive industry, working with companies such as Audatex, Fix Auto and more recently AutoRestore, a sister company of Autoglass.

Matthews said: "The Retail Automotive Alliance has just celebrated its 10 year anniversary and the huge success it has achieved with its many purchasing contracts which deliver a great return on investment to all of its 21 Members.

“We are now ready to look beyond purchasing alone and deliver other business benefits to the group, so part of my role will be to identify and exploit new opportunities as well as target growth of the network.”

The Retail Automotive Alliance (RAA) is a collective of 21 privateer dealer groups with 209 locations and 30 brands spread across the UK. The alliance allows partners to benefit from hugely significant purchasing power and to negotiate agreements with major suppliers