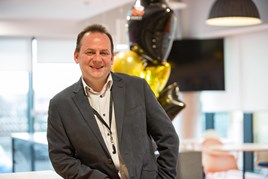 The new entrant to the classifieds arena drove more than £5.78 million worth of finance proposals in the fortnight following its launch on January 15th, according to MotoNovo, as 58% of all car searches included a dealer finance search.

A marketing campaign conducted across television radio and social media has been credited with boosting the performance of the platform.

“There can be no question that the high impact marketing and its ‘engaging’ soundtrack, based upon Madness’ ‘Driving in my car’ hit, have helped the brand break through, creating high levels of consumer awareness and recall.”

Analysis of the data surrounding the TV advert currently being aired by findandfundmycar.com, revealed that in the first two weeks it was seen by around 25 million people.

This figure excludes the wide number of people who have heard the radio advert or seen the high-profile external billboard and bus back marketing campaign.

The findandfundmycar.com platform went live earlier this month with 75,000 cars offered for sale by more than 1,600 dealers, and Morgan expects this number to grow rapidly as dealer awareness of the platform grows.

The service is open to car retailers who are not customers of Moto Novo finance, a spokesman told AM.

Morgan added: “The co-operative principle of findandfindmycar.com, where every dealer pays the same amount, where cars are ranked by price, not as sponsored cars with an advertising premium – something we do not believe is good for customer transparency – and where we make no money from the advertising is a ground-breaker.

“As dealers see the brand and recognise how it typically creates value and cuts advertising costs, we expect to see a steady growth in consumer activity and dealer support.”