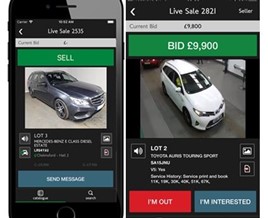 March 2018 proved to be the platform’s most popular month to date with 160 used cars purchased and over 15% of all online bids are now being received via the Buyer App.

Aston Barclay said that constant updating and improvement of the app means that it is now version 11, with buyers taking advantage of its usability to buy cars from as far afield as Pakistan.

Version 11 of the App is now available in App stores and includes functionality driven by buyer feedback including fingerprint log in, enhanced search options as well as new vendor functions.

“The Buyer App kicked off our revolutionary digital strategy in July last year and according to buyers it has dramatically changed the way they access and source used stock.

“12% of buyers we surveyed stated they would rather receive App notifications as the preferred method of contact with our buyer services team.”

He added: “In eight months our App is already on version 11 where competitors are still in the planning and testing stages.

“It is testament to our buyer services and IT teams that buyers have transitioned over £5m of spend to a totally new channel.”

Colby Breegan, group vehicle buyer at Dace Motor Company had never bought a used car from Aston Barclay, but is now the group’s second biggest mobile buyer having purchased £900k of stock via the App.

He said: “I don’t have to worry about traffic or being away from home or the office, and the continual updates and increased functionality reinforce my trust in Aston Barclay. I use it to source 95% of my entire stock needs.”

The App has now been downloaded nearly 8,000 times and has recently been shortlisted in the DXA UK 18 Digital Experience Awards for best Mobile Strategy of the Year, alongside blue-chip companies such as EE and Three for the second year running.

Aston Barclay’s next digital venture is a new appraisal App which unlocks the power of mobile for dealer groups, fleets, OEMs and consumers. 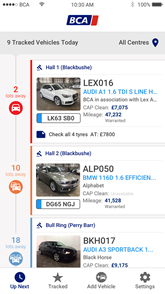