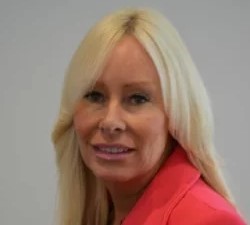 The Vehicle Remarketing Association (VRA) has warned of a potential “charging crisis” for remarketing companies as electric vehicles (EV) start to enter the used market in greater volumes.

Addressing 40 of the body’s members at the VRA’s January meeting, which took place at Bruntingthorpe, Leicestershire, VRA chairman Sam Watkins said that the only way to avoid difficulties with immobile EVs at remarketing centres would be to “install a lot of chargers, perhaps hundreds”.

The industry body, which represents businesses that handle, sell, inspect, transport or manage more than 1.5 million used cars and vans every year, believes that the demands for power on some sites will be considerable.

Watkins said: “We have some members who process tens of thousands of vehicles every month.

“Currently, it is just a question of ensuring that there is sufficient fuel in the tank of each but looking ahead, a large proportion will be EVs, especially following the Government’s 2035 commitment.

“Those remarketing companies will need to make sure that EVs are charged to a useable degree simply to move them around, and comply to best practise for storage scenarios.

“Once an EV has a flat battery, the movement of it becomes a challenge as they must be handled in line with correct safety protocols which differ from internal combustion engines.

“Really, the only way at present to ensure that they will all have sufficient power is to install a lot of chargers - perhaps hundreds on some large sites that are used for storage by manufacturers and leasing companies.”

Already Government’s appears to be suggesting that last week’s announcement of a 2035 deadline for a ban on the sale of new diesel and petrol cars could be brought forward, still further, to 2032.

Transport Secretary Grant Shapps said that the earlier date was a possibility in an interview with BBC Radio 5 Live yesterday (February 12).

Watkins said that the VRA was already aware of major remarketing operations whose plans for new sites have been dictated, at least in part, by the availability of power infrastructure that is capable of the necessary charging capacity.

She added: “We are aware that the charging picture changes all the time and that new solutions are being introduced to the market. As things stand, however, there is certainly potential for what you might call a charging crisis.”