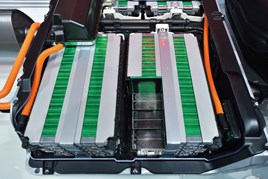 The quiet demise of plans for a Government-backed scrappage scheme that would drive 15,000 UK motorists into EVs may have been positive news for many car retailers.

While manufacturers continue to set target dates for their hybrid and EV product ranges, AM’s latest survey of its readers suggested that the industry’s workshops are ill-equipped to deal with any wholesale adoption of alternative fuel vehicles (AFVs).

Almost a third (31.67%) of respondents to our ‘EV workshops’ survey revealed that they currently had no technicians trained or qualified to work on EVs and hybrids.

More than three fifths (61.7%) of respondents said they intended to increase the number of EV/hybrid-trained techs in their workshops, with 77.8% of those hoping to achieve the rise through training existing staff.

With the IMI claiming that just 1% of all UK technicians have been trained to work safely on the high-voltage technology, the cost of training and/or wages could be prohibitive, however.

The IMI has asked the Government to contribute £30 million to support the uptake of the necessary training. IMI chief executive Steve Nash said: “Much more needs to be done if the UK is to realise the £51 billion contribution from new vehicle technologies that the Government is pursuing by 2030.”

One retailer who replied to the survey was in no doubt about the risks of not pursuing change and the potential benefits of EVs for franchised dealers.

He said: “The main benefit of this plan for main dealers is that it is highly unlikely that independents will want to invest in the training/equipment required to work on these vehicles, so customer retention rates should be higher.

“Change is unstoppable. EV is here to stay, so train for it or be left behind long-term,” he added.

Manufacturers do seem to be forcing the move towards EVs, with 71.2% of survey respondents stating that their manufacturer partner had insisted on brand-specific training for AFVs.

Worryingly, however, 57.6% of respondents said no financial assistance was forthcoming to help implement technician training, as 54.2% prepared to invest, and only a third (33.3%) had received help to fund changes to their facilities.

More than half (55.7%) of AM’s respondents said they had equipped just one workshop bay for servicing AFVs, with 32.7% stating that they had two bays ready for such work.

EV customers are benefiting from dealers’ investment. While 50% of respondents did not have a charge point installed, 8.3% had one and 26.7% had two. Less than 15% had three or more. However, almost all respondents with charging points said they offered customers free charging.

Despite the associated costs of readying their workshops for a new generation of AFVs, just 19.3% said they actually charged more for servicing a conventional internal combustion engine (ICE) vehicle, which has more moving parts and an oil change to take into account.

This discrepancy may be balanced by that reduction in moving parts generating time efficiencies, of course, but 76.7% of respondents said their recovery rate was no greater for EVs and hybrids than it was for ICEs.

At the heart of most comments received in AM’s survey was the issue of cost. Perhaps summing up the mood best, one said: “We are currently on the back foot and need help and advice from the manufacturers and Government.

“Any help or direction for funding, grants, brand tie-ups, trade shows, etc. would be a great help as we get ready for the inevitable.”