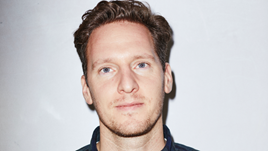 Drover, the online car subscription service, has said almost a third of UK car buyers (31%) said they would welcome a more flexible way to own a car.

The company commissioned the survey of 1,500 drivers and the results go some way to validate its business model of offering a limited-commitment subscription service where customers are not locked in to a specific car or long-term agreement.

The subscription, which starts at £300 per month, is all-inclusive, minus fuel – though customers are offered discounted fuel rates with selected fuel partners. Once subscribed, Drover users can either pick up their car from a local supply partner or can have their car delivered to their doorstep within 48 hours.

The survey asked motorists a variety of questions about ownership and two-fifths (40%) said they are bored of their cars. A quarter of motorists said the wished they could swap their car for a different model to fit in with their lifestyle (23%).

The survey found a fifth (22%) admitted to getting bored within just 30 days of purchase, with 14% saying it happened in just 10 days.

Reasons given by drivers included believing that other people’s cars are better than theirs (53%), while a similar number admit that their ‘heads have been turned’ by another vehicle (49%).

Other reasons include the vehicle just being the best they could afford at the time (40%), it always having maintenance issues (32%) or not liking the admin that comes with having a vehicle (26%).

Almost one in six drivers (16%) say their boredom comes from having the car too long, with the average driver having their car for three years and almost a quarter of drivers (23%) having had their car for more than five years.

Nearly half of motorists who are bored of their car say that they’ve considered switching their car for a younger model (48%).

Among those who regret buying a car, it only took them an average of four months to begin lamenting their purchase.

Of those regretful buyers, more than half (53%) say that they don’t like the car as much as they thought they would, while a third didn’t think properly about the car they needed before they bought it (32%) and a quarter purchased out of exhaustion and just wanted the process over (26%).

A fifth of drivers found buying a car more stressful than going to the dentist (20%), while others found it more stress-inducing than watching their sporting team play (14%), having an argument with a friend or partner (12%) or losing a phone (10%).

Nearly half of drivers who regret their purchase say they actually switched the car to another make or model (47%) – costing them an average of £2,895.

Felix Leuschner, founder chief executive of Drover said: “Buying a car is a stressful purchase for consumers, predominantly because of the large upfront payment and time investment required.

“As such, feelings of boredom and regret often follow, and on top of that, a driver’s circumstances can change very quickly meaning they can often get stuck with cars that no longer suit their needs.”