It was closely followed by Ford’s Focus model and the Corsa and Astra from Vauxhall. The Volkswagen Golf was fifth on the list, reflecting the most popular models shown in the industry’s new car registration figures.

The annual rise occurred despite fourth quarter sales falling by 0.21% to 1.53m compared to the same period in 2013. Sales between October and December last year increased by 2.8% in Greater London and 1.92% in Scotland year-on-year, but used car transactions dropped by 3.7% in East Anglia and 3.13% in Wales.

Greater London’s annual used car sales rose by 2.25% in 2014 compared to the previous year, the greatest increase of any region.

Andrew Ballard, automotive director at Experian, said: “The steady increase in used car sales is encouraging for motor traders, although the market is still down from when more than seven million vehicles transacted annually before the economic downturn.

“Car buyers are changing. People are thinking beyond the initial purchase price and more about the monthly impact and affordability of owning and operating a car. Motor traders have responded by offering service and warranty packages alongside more flexible car finance for used vehicles, giving people confidence their investment will provide value in the long-term. Carrying out a comprehensive vehicle history check will also give confidence to people that a car doesn’t have a hidden history.

“The variation in used car sales across the regions shows that car national dealer groups in particular can’t treat any two areas the same if they are to meet the needs of their customers. Gaining a greater understanding of the evolving needs of people living within their area will help to ensure cars spend less time on their forecourt.” 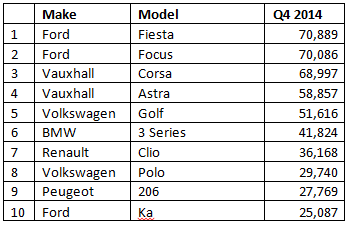