Price more important than ever for younger motorists 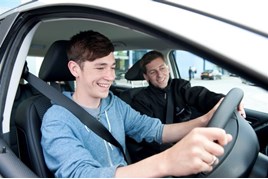 The majority of 17-24 year old used car buyers cite price as the strongest influence on their vehicle search, the highest percentage in five years and a 14 percentage point rise on the previous year, according to new data from BCA.

BCA commissioned TNS-BRMB to carry out research with 4,000 used car buyers in the UK to identify their priorities and experiences in buying and owning a used car.

The research shows that younger buyers are more likely to buy a car within the next 12 months than any other age group, but are least likely to be contacted by dealers.  None of 17-24 year olds interviewed said they had received a follow up call within the first month from the dealer who sold them their last car, compared to 47% of all used car buyers.

More used car buyers (49%) in the 17-24 year old age group were looking for a good deal when buying their last car than any other age sector.  When looking for their next car, 67% of this youngest age group of motorists said price was the biggest overall factor, compared to 58% nationally.

Younger used car buyers were prepared to do more leg-work in finding their ideal used car than most other age groups with 22% saying they would visit 3-5 forecourts compared to the national figure of 20%.

The youngest motorists were also less concerned about buying locally – 34% said they would only travel 20 minutes or less to buy a car, compared to 42% nationally.

And when it comes to the crunch factors affecting a motorist’s choice of vehicle, insurance group takes the number one spot for 17-24 year olds at 23% - much higher than any other age bracket.

“They visit more forecourts than other age groups and look for the very best deal across every aspect of used car ownership, from purchase price to insurance group and running costs.  They are also very receptive to low interest deals, being more likely to buy a new car on a 0% finance deal than any other age group.

“These younger buyers are the future for both the new and used car market sectors so it is important that the retail motor industry understands and meets the needs and aspirations of these Generation Y customers.”