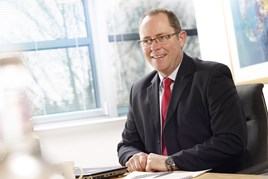 The colour of money might be changing according to Glass’s director of valuations, Rupert Pontin, who points out that the average value of white used cars is on the decline.

Encouraging car retailers to look at “granular data” to ensure that they maximise profits and avoid future losses in their stocking policy, Pontin has drawn on Glass’s data to show market trends in the prices paid for used cars in certain hues.

Pontin notes that the dip has come as the number of white cars on the used market soared by 32.1%, however, with an array of lower spec vehicles on sale in the colour.

He said: “There has been much discussion around the longevity of the demand for white cars and, where they once drew a specific premium over less exciting colours this position is beginning to change.

"There is, without a doubt, evidence to corroborate anecdotal comments that higher spec white cars retain a premium, whereas the aspirational appeal of the colour has resulted in a number of lower spec less attractive vehicles in the market.

“It is the latter group of cars that can struggle to return the level of value expected and an area of specific concern for vendors, including manufacturers, that may have written business on the expectation of what may now appear to be an unattainable residual value.”

Pontin said that data on colour choice should be a vital component in the decision-making process when stocking forecourts.

He added: “Combining this colour market information with defleet condition and repair costs on a customer by customer basis may reveal an opportunity to address both refurbishment levels in relation to contract standards and auction reserve levels.

“Swift action at an earlier time to ensure a better physical appearance in the auction hall at the driver’s expense, where contract details allow, and a quicker sale from a more reasonable or achievable reserve will maximise the return on investment.”