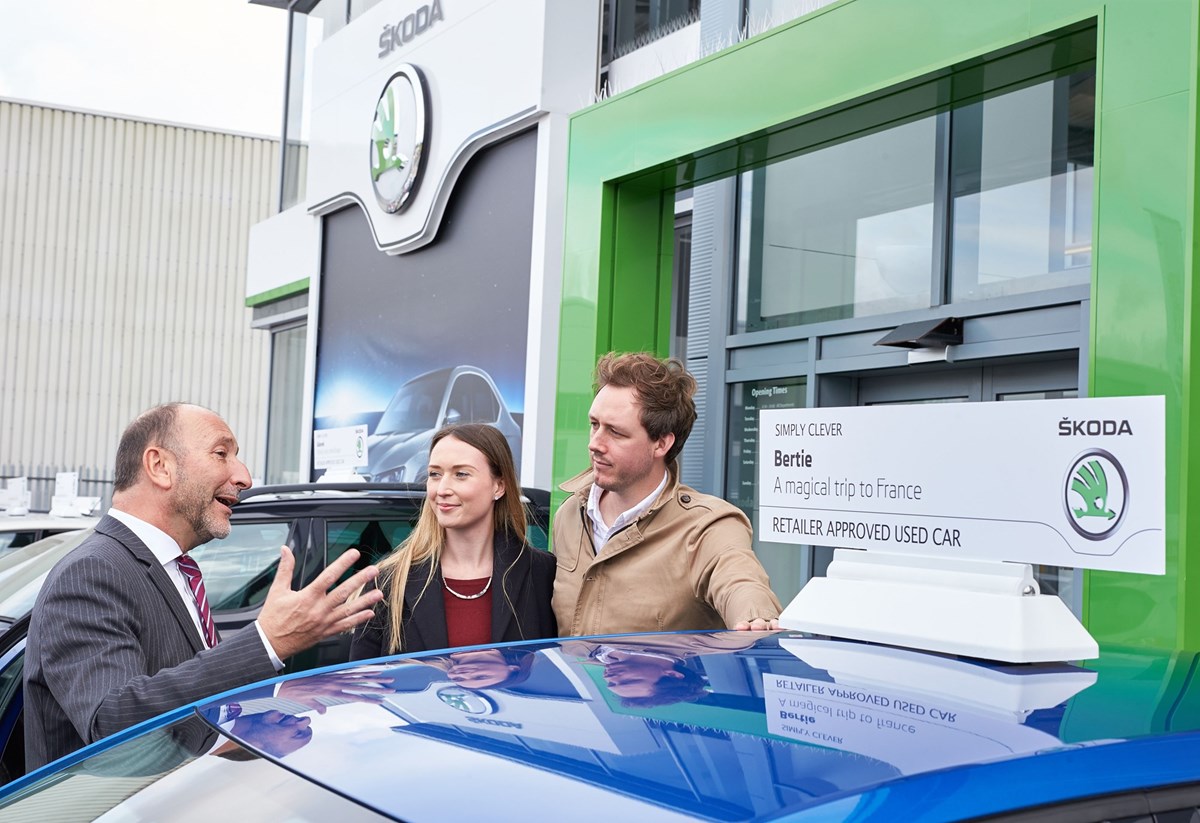 Skoda is piloting a new approach to selling used cars within its network ahead of revamping its approved used car programme next year.

London-based Willis Motor Company has been chosen to trial the new way of selling used cars for the next three months. Part exchange stock will feature details from the previous owners' history with their car to advocate it to the next prospective buyer.

These details will be promoted physically with information on stock at the forecourt, as well as online.

The scheme will be aimed initially at part-exchange customers trading in their Skoda that agree to share information like the car’s name, if they gave it one, as well as the special family memories that it has helped to create.

These details will then be passed on to potential customers so they can get to know more about their new car than just its mileage and service history.

If successful, Skoda will extend the programme across its retail network to coincide with the launch of its revamped used car programme “between Q2 and Q3 2017”.

Preparing the used car business for the future

Nick O’Neill, Skoda UK used car manager, told AM the pilot also fits with Skoda’s goal of moving from customers viewing it as being a good quality value for money brand, to something more emotional, fitting in with the launch of more aspirational products like the new Superb and Kodiaq.

O’Neill said the new approach isn’t in reaction to a poor used car performance across the network.

He said: “Used car volumes are up 5.5% across the network year-on-year and profit per unit is up 8.5% on net level, it’s actually a little higher than that with gross profit. So we’re in a really strong position, but we need to prepare the business for the next level.”

O’Neill said Skoda needs to prepare the used car business to keep pace with the expansion of the new car franchise and the amount of vehicles coming back into the network.

Research of 2,000 car buyers across multiple brands found that a quarter (24%) thinks the used car industry needed a new approach to selling.

Of those surveyed, just 6% called it “fun” and 5% thought the sector was “innovative”.

Of the Skoda customers involved in the survey, 73% said they would buy a Skoda again.

This prompted O’Neill to find a way of getting customers to help build advocacy within the used car buying process.

An article in The Guardian also helped to inspire Skoda's new approach, with the writer penning a letter to his Fabia to thank it for the service it had provided to his family.

'Stand still and you're going to get left behind'

Among the drivers Skoda spoke to, almost a fifth (19%) described their car as “part of the family”, 40% said it had helped to create magical memories, and more than a third (36%) had given it a nickname.

Nearly two fifths (39%) of the respondents said that learning more about their prospective new set of wheels from the previous owner would make the sales experience more compelling.

O’Neill said: “Since the dawn of the automobile, the used car sales process has largely remained the same. However, as our research shows, many people feel that some change is needed.

“I think you can stand still with how you do things as a retailer, but if you do, you’re going to get left behind.”

O’Neill said he asked Dennis Willis, owner of Willis Motor Group, to take on the pilot for a number of reasons.

He said: “Dennis has been selling used cars for over 25 years, so he has a lot of experience. The London location is very competitive, so it’s a good testing ground, particularly with it being so cosmopolitan, we’re going to get a really good cross section of the buying public.

“I also knew that the network respects Dennis and that if I can get buy in from him, it will be a strong case for convincing the network this will work.”

O’Neill’s plan to introduce the idea to the rest of the UK will only happen if after reviewing the pilot at the end of 2016.

He said: “Of course it’s great to be innovative and make the process more fun, but we’re absolutely looking at success from this based on hard facts. Is it helping to move more units, driving click through rates and is it increasing margins?

“Willis will be introducing the scheme to a cross section of stock to see what effect it has on some part-ex stock versus others.”

Staff at the Willis dealership will be introducing the previous owner history details at the point of sale if the customer isn’t already aware and will be taking feedback to give to Skoda during the pilot.

In an extension to the showroom pilot, all Willis Motor Company Skoda ads on Auto Trader, will also provide the previous owner history details.

Customers trading in their old Skoda will be asked to voluntarily to fill out a form with three part questionnaire to keep advertising and the format structured.

- Did you give your car a name?

- What are your two favourite memories from owning the car?

Willis said: “People don’t just own a car now – they love it, it becomes part of them and their life. No one has done anything like this in the industry to reflect that shift: Skoda is breaking new ground.”