The headline figure was the result of a £33 (0.3%) which came as the remarketing giant reported rising volumes across the board, with inventory levels reaching record levels by late September and early October.

Year-on-year, the headline figure was up by £741, the equivalent to an 8.1% increase in average values.

“Volume built steadily during the month and buyer demand often outstripped supply as conversion rates rose to 90%-plus.

“Demand was across the board, but notably interest was exceptionally high for vehicles in ready to retail condition.

“The higher value luxury, prestige and sportscar end of the market has also performed very well, with sales at BCA Nottingham and Blackbushe attracting big crowds and selling some notable vehicles.”

BCA reported that it had seen the average age and mileage profile of vehicles continue to fall, impacting positively on average price performance.

Record average monthly values were achieved for fleet and lease and dealer part-exchange cars, while nearly-new values reached their highest point this year.

Pearson added: “We expect this buoyant used car market to continue into October as the major volume buyers continue to be very active.  BCA continues to win and retain business and we are delighted that Steven Eagell Group and Swansway Group have announced remarketing deals with BCA in recent weeks.” 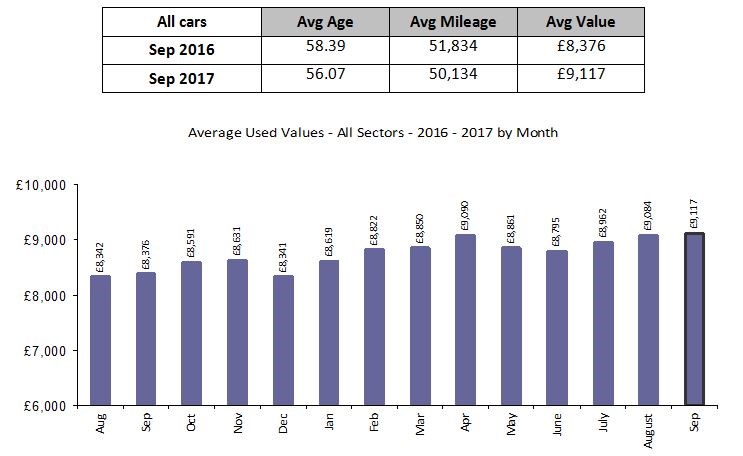 It is the second consecutive month that a record value had been achieved at BCA for fleet and lease stock.

Retained value against original MRP (Manufacturers Retail Price) improved to 43.32% from 42.70% in August, whilst year-on-year values were up by a significant £761 (7.5%), as both average age and mileage continued to reduce.

A new record average value was also achieved for dealer part-exchange stock, as values rose by £82 (1.7%) in September, to £4,757.  Year-on-year values were ahead by £204 (a 4.4% increase), while average age and mileage are little changed over the period.

Values for nearly-new vehicle values, meanwhile, improved during September, rising by £469 to £19,225.  Model mix has a significant effect in this low volume sector. 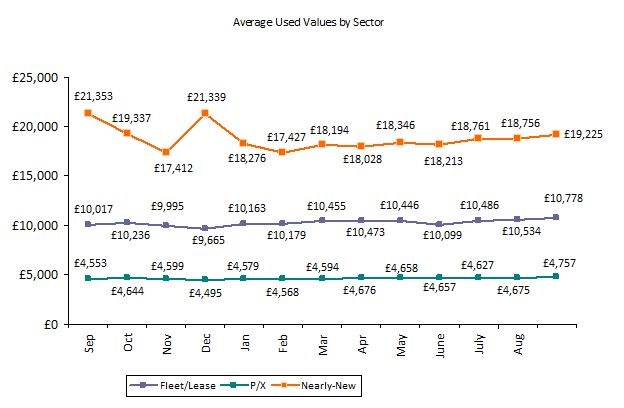