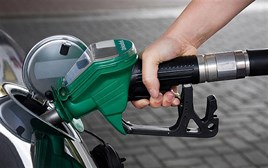 Petrol is closing in on diesel as the most popular fuel type among UK car buyers, according to Auto Trader’s online search data.

Searches for petrol vehicles accounted for 46% of searches by fuel type in June as searches for diesel fell to 47%, continuing a long-term decline from a high of 71% in 2016, according to the online car retail platform.

Hybrid and electric popularity remains low, despite a 67% annual increase in listings, Auto Trader said, adding that AFVs were “still failing to gain traction with consumers despite growing publicity around electric vehicles and the government’s pledge to end the sales of conventional petrol and diesel vehicles by 2040”.

A greater variety of used electric and hybrid vehicles is becoming available to consumers, however.

Auto Trader revealed that the volume of AFVs listed on its website had increased by 67% between June 2017 and June 2018, with petrol hybrids and petrol plug-in hybrids by far the most common type of AFV sold.

Karolina Edwards-Smajda, Auto Trader’s director of commercial products, said: “These figures underline the lack of momentum in electric and hybrid take up to date.

“Consumers are hearing negative noises around diesel, but confusion and a lack of clarity means they’re responding with either inaction, or by shifting to another fuel type that they know and understand - petrol. Petrol is the clear winner so far from the campaign to ‘demonise diesel’.”

Edwards-Smajda added that there “is still a lot of work to do to convince consumers that AFVs are a practical and accessible option.”

The month-on-month decrease was driven entirely by vehicles within the five- to ten-year-old age bracket, with month-on-month increases for all other age categories.