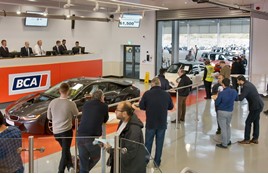 Used car values at BCA auctions rose to their third highest level on record during June as nearly-new vehicle prices rose by 10.8% year-on-year.

BCA’s monthly Pulse Report revealed that average values rose by £846 year-on-year, a 9.6% rise over, despite average age rising slightly, from 53.65 to 55.2 months.

It said that fleet and lease values rose by 2.1% to £11,198, while dealer part-exchange values improved to a record high of £5,003 – a fifth consecutive month of record average values in the sector.

Values for nearly-new vehicles showed the highest rise in value, however, increasing by £2,200 (10.8%) to £22,410, although BCA said that “model mix has a significant influence in this low volume sector”. 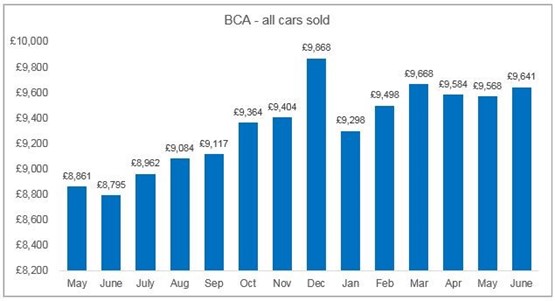 Stuart Pearson BCA chief operations officer UK Remarketing, said that demand from car dealers had continued at very healthy levels into June, with both average values and conversion rates improving compared to May.

“This sustained value evolution reflects both high levels of demand and the quality of stock on offer at BCA.”

He added: “To put the current market into context, it is the first time since 2010 that June average values have shown any improvement over the previous month.

“And this is despite the excellent weather, the FIFA World Cup and the fast approaching summer holiday period, distractions that have typically heralded a softening of demand for used cars in previous years.”