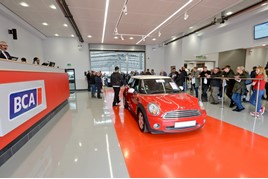 Used car prices reached their second-highest level on record at BCA auctions during August, with average values rising by 2.4% to £9,697.

Average used car values rose by £234 across the board at BCA last month as the company reported a strong trading month, the remarketing specialist stated in its monthly Pulse Report.

BCA reported that both fleet/lease and dealer part-exchange values had hit record levels as nearly-new values rose by a third year-on-year, climbing above £25,000 in August.

Stuart Pearson BCA’s chief operating officer for UK Remarketing, said: “Given the combination of seasonal factors it would have been no surprise if values softened a little in August, however sales attendance remained high during the month with professional buyers bidding competitively across all market sectors, both in-lane and online.

“Reports of used vehicle retail activity being healthy certainly pushed average values upwards across the board.” 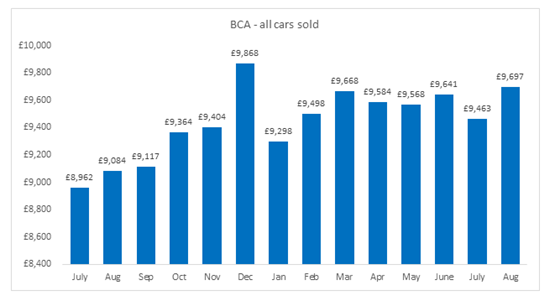 The BCA Pulse report showed that average fleet and lease values at auction had reached record levels at BCA for the fourth time this year during August, rising by £122 (1%) to £11,223, with retained value against original MRP (Manufacturers Retail Price) improving by three-quarters of one percentage point to 44.09%.

Year-on-year values improved by £689 (6.5%), with age rising and mileage falling, although both by small margins.

Average dealer part-exchange values improved by £32 (0.5%) to £5,065, the seventh consecutive month of record average values in this sector at BCA.

Year-on-year values were ahead by £390, it said, representing an 8.3% increase over the 12-month period with age and mileage decreasing. 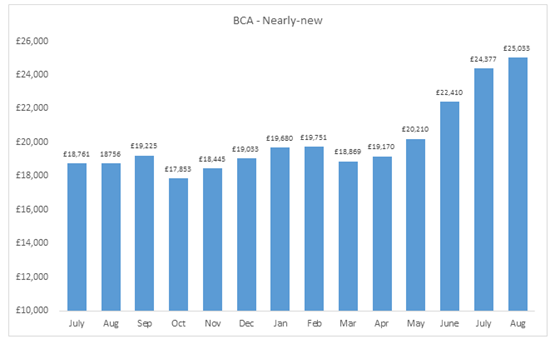