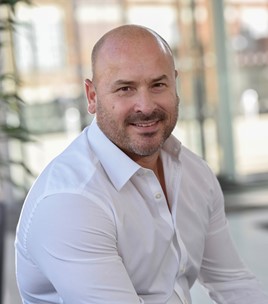 New and used car markets delivered a sales surge in August as the introduction of WLTP and RDE fuel consumptions an emissions delivered “great value vehicles and finance offers,” enquiryMAX has revealed.

Data from over 700 car retailers across the UK by the lead management specialist showed a 16.5% jump in used sales and 23.4% increase in new during the month.

It claimed that internet leads had continued to show strong growth with an increase of 29%, as leads from the service department increased 0.4% and manufacturer by 5%.

David Boyce, managing director of enquiryMAX, said: “A strong August for dealers reflects the growth of used car sales that we’ve seen throughout the year.

August generated a 23.1% rise in new car registrations, according to the Society of Motor Manufacturers and Traders (SMMT), as car manufacturers' rushed to sell new cars which were not compliant with the new WLTP and RDE fuel economy and emissions legislation ahead of a September 1 deadline.

In what is typically the second smallest sales month of the year for franchised car retailers across the UK, a total of 94,094 units were registered to new owners as OEMs encouraged pre-registrations and delivered dealer incentives to clear their stocks of cars only compliant to the previous NEDC testing regime.

Fleet operators also flocked to take advantage of deals and beat tax changes, with consumers and fleets boosting year-on-year registrations by 23.3% and 19.7% respectively, while the smaller business sector rose 166.4%.

SMMT chief executive Mike Hawes conceded that the boom in August sales was a result of the legislation switch. He said that the past month had seen “some significant variances as regulatory changes have disrupted some supplies”, adding: “It would be wrong to view the market as booming.”