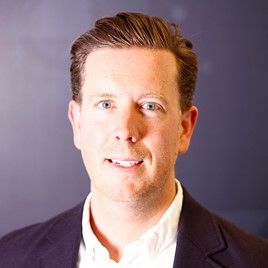 Franchised dealers sold used cars faster than independents in October 2018, although they carried 40% more stock, according to the latest figures from Motors.co.uk.

The data from last month found cars sold by franchised dealers averaged 38 days in stock during October, an improvement on the 40 days they took in September 2018, but a day more than the 37 days achieved in October 2017.

Cars sold by independent sites averaged 42 days to sell in October, longer than the 38 being achieved in September but ahead of the 44 days averaged in October 2017.

However, franchised and independent car supermarkets were the fastest sellers at just 28 days, although this was longer than the 26 days they took in September and eight days longer than the 20 days averaged in October 2017.

“Demand for used cars remained steady throughout October with franchised and independent dealers reducing month-on-month days in stock while increasing their stock levels. The challenge facing all dealers now is to close the year strongly by making their physical and virtual forecourts work as hard as possible.”

The research is based on consumer responses to more than 800,000 used vehicles on Motors.co.uk and its network of partner websites including Top Gear and Honest John.

Franchised and independent forecourts both had higher stock levels than September and 12 months ago.

The average franchised site had 63 cars in stock in October, compared with 58 in September and 64 in October 2017.

While independents averaged just 45 cars in stock in October, compared with 44 in both September and October 2017.

The fastest selling market segments in October were 4X4s and lower-medium cars both averaging 35 days, while coupes were the slowest at 40 days. The biggest year-on-year improvement in speed of sale was enjoyed by the large vehicle segment which sold 9% quicker at an average of 39 days in October 2018.

By contrast small cars and superminis sold 6% slower over the same time period.