In May 2018, the typical warranty sold was 9.3 months in length but the equivalent figure for the same month this year has risen to 9.8 months.

Sean Kent, RAC sales director at Assurant, which partners with the RAC in providing and administering warranties across the Dealer Network, said: “These figures represent the acceleration of a long-term trend. Customers have been increasingly opting for longer and longer warranties for some years now, but the surges we have seen over the last year are progressively more substantial and, we believe, probably show that the movement is gathering pace.

“This is being prompted by two different factors - the standard warranties supplied with used vehicles by dealers are increasing in length and also, even longer warranties are being chosen as an upgrade option by the customer at the point of sale.”

The statistics for car supermarkets are even more pronounced – from 12.2 months to 14.0 – representing a rise of almost 15%.

The RAC Dealer Network consists of 1,400 independent dealers, car supermarkets and franchise dealers across the whole of the UK.

The most common standard warranty across the used car sector had traditionally been three months but there are signs that this is moving towards six months. In total during 2018, Assurant had recorded a reduction of around 10% in sales of three month cover and a corresponding increase in six months.

“The key driver behind this is that used car retailers are increasingly constructing propositions designed to create a high degree of reassurance for customers – something that is very much prompted by market demand – and longer warranties clearly have an important role to play in creating these packages.

“The other element is that higher numbers of customers are choosing, at the point of sale, to enhance the standard warranty at additional cost. These people are looking for a stronger degree of protection against unexpected motoring expenses, a sentiment that tends to become more pronounced in times of economic uncertainty,” Kent explained. 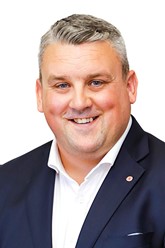