An ITV Tonight special feature on the UK's sky-high used car prices prompted a “massive” spike in the number of consumers seeking valuations online, according to Auto Trader.

ITV Tonight’s ‘How Much Is Your Car Worth?’ themed episode was screened at 7.30pm last night (January 6) and Auto Trader’s chief operating officer, Catherine Faiers, was among those interviewed for the program. 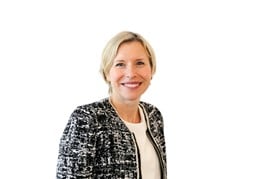 “It’s interesting with houses, often people are in the habit of checking the market regularly, but it’s not something people typically do with cars,” she told the ITV Tonight.

“However, at the moment, given we have seen a number of months of pricing growth well in advance of 20%, I think it will be a shock for many people just how much value might be sitting on their driveway.”

Car retailers will be hoping that raising awareness of the value of used cars will prompt motorists to cash-in by part-exchanging their vehicle against the value of a new car, rather than scaring them off a used car purchase.

One independent car retailer told AM: “That’s got to be the hope. There are some great deals to be had. People will be surprised at what they can get behind the wheel of when they choose to trade-in.”

Cox Automotive today (January 7) highlighted the likelihood that used car values will remain high in 2022, although it said ‘volatility’ is likely to define a sector beset by supply challenges.

Its insight and strategy director, Philip Nothard, said that ongoing supply issues related to the shortage of semiconductor microchips and other components, and ongoing COVID-19 disruption, meant there was no “tsunami” of new car supply on the horizon which could impact values.

Last month Cap HPI director of valuations, Derren Martin, told AM that his “biggest concern” for used car values was towards the end of 2022, when supplies may come back on-line more widely and urged the sector to employ “cautious remarketing” to avoid a used car price drop if volumes do escalate quickly.