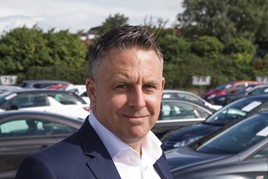 Cox Automotive Europe has told car retailers to focus on “potential storms” ahead as they continue to balance limited vehicle supplies with faltering consumer demand.

The automotive retail services provider highlighted the need for retailers to ramp-up the quality of their marketing wherever possible as the visibility of stock took priority in a sector likely to be impacted by waning demand from consumers exercising caution due to the cost-of-living crisis.

Its monthly market tracker for August showed that competition for the sector’s limited car stocks had continued unabated.

Average wholesale prices are at a three-year high of £7,283 compared with £6,519 recorded last year, while the average ago of a vehicle has risen from 96 months in August 2019 to just over 104 months. Mileage remains almost static at around 70,000 miles, however.

Highlighting the uncertainty surrounding a vehicle supply recovery, and the economic climate, Cox’s insight and strategy director Philip Nothard said: “Automotive businesses must keep an eye on the horizon to navigate potential storms.

“With consumer confidence affected by the rising cost of living in the UK, coupled with political changes at the top of government and expected economic struggles on the way, the sector faces a potentially tricky time in the coming months.

“The latest key indicators on Cox Automotive’s Data Dashboard reflect the impact of the ongoing shortage of used vehicles, with marginal increases in average age and mileage and the supply and demand imbalance remains that we have seen for some time.

“In addition, first-time conversions for cars and LCVs remain positive as retailers focus on keeping their forecourts full. However, although the September plate change created those much-needed used vehicles, it won't be enough to cause significant oversupply for some time.”

Voicing his advice for retailers, Nothard added: “The key is understanding the variance between supply levels down to a model and derivative level.

“Alongside this is the understanding that we are no longer in a period of heavy demand as we were in 2021.

“Therefore, it is ever more critical to ensure vehicles are advertised with strong imagery and descriptions and that vehicles entering the wholesale market are appraised and valued accordingly.”

His comments came days after Auto Trader asserted that there was no price crash on the horizon, slamming reports to that effect as “sensationalist speculation”.

Yesterday (September 20) data published by Indicata showed that the UK remains the only European country to experience a decline in used car values during 2022.

The automotive management and marketing software provider showed that UK price inflation fell 0.3% during August to leave values down by 3.6% year-to-date.

Significant declines seem unlikely as the market’s supply constraints remain, however. Indicata UK group sales director Jon Mitchell said: “The restricted used car stocks and new car supplies are not going to change anytime soon. Dealers will need to be in tune with the used market on a daily basis to see how it shapes up over the coming months.”