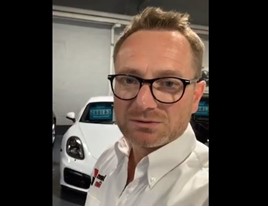 A used car retailer has taken to his popular Tiktok account to tell buyers that they need to scour private sellers’ adverts on Auto Trader if they want to access the market’s cheapest vehicles.

Stephen Bogan, a director at Airdrie-based James Glen Car Sales, openly highlighted that car retailers would not be able to offer the cheapest prices as he addressed over 10,000 followers on the social media platform as part of a series which attempts to answer questions from car buyers.

An article in The Scottish Sun highlighted Bogan’s failure to recommend his own firm as he directed people elsewhere.

But Bogan was quick to note that buying private was “a bit of a gamble” and that customers taking the plunge would find themselves without the assurance of professional vehicle preparation, a returns policy, warranty and financing advice.

Addressing his Tiktok following, Bogan said: “If you know what you’re doing, and you’re prepared to take a wee bit of a gamble, then delve into the classifieds and see if you can buy yourself a bargain.

“If you’re looking to buy from a dealer and looking for a bit of comfort, extended warranty, maybe some finance, drop in your part exchange because you can’t be bothered selling it yourself privately because that can be a bit of a hassle.

“But the cheapest way to go about that is head over to Auto Trader, put in the car that you’re looking to buy.

“Toggle ‘show me the cheapest car first’ and it’s as simple as that.”

Bogan also told his followers that “endless amounts of videos online telling you how to ‘negotiate’ the best deal” online were not particularly useful in a market where car retailers are increasingly pricing vehicles to a market where consumer demand remains strong and supplies limited.

He added: “The fact of the matter is that car dealers have got to price the cars at market value.

“If we chuck on a grand or two, we will be on page three or four and you won’t find the car.”

AM previously featured excerpts from Bogan’s candid Tiktok channel in 2020 when he used the platform to warn fellow retailers to be on their guard after a fraudster attempted to scam the James Glen Car Sales out of £41,000 and a Porsche Cayman sports car by exploiting the Government’s Bounce Back Loans (BBL) scheme.

Bogan revealed a businessman who offered cash to buy the car – transferring the funds hours later – had actually tried to pay for it using a Government loan erroneously applied for on James Glen Cars Sales behalf.

Detailing the scenario at the time, a clearly angered Bogan said: “This rotter has asked for an invoice with our bank details on it, which we’ve issued, he’s gone online, he’s got my date of birth and the address for the business and he applied for a f**king Bounce Back Loan in my name to the tune of 40-odd thousand pound to make it look like he’s paid for this car and then expects us to release it when we’re comfortable that we’ve got the cash, which we have, but it’s our own bloody money because we’ve applied for the bounce back loan.”