Suggestions that the UK’s used car values are in steep decline and on the verge of a crash have been slammed as “sensationalist speculation” by Auto Trader.

Commenting on the online automotive marketplace’s August market data which showed values remained up 15.6% year-on-year (YoY) Auto Trader director of data and insights Richard Walker attributed reports of a price slump or plummeting consumer demand were the result of “insufficient data or a simple misinterpretation”. 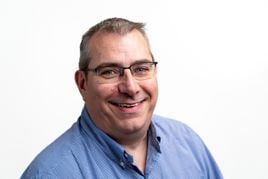 “Similar predictions have been made since the very beginning of the pandemic, but as we’ve said throughout, the data simply doesn’t support any of this sensationalist speculation”, Walker added.

Auto Trader’s August data showed that the average price of a used car was £17,039 in what was a the 29th month of consecutive price growth.

The figure leaves average advertised values up over 36% in two years and 43% in three.

Its monthly valuations report said that softening of the market was “to be expected” following the all-time-high of 32.2% recorded in April 2022.

Auto Trader also moved to dismiss suggestions that falling consumer demand was impacting car sales as households stomached the impact of 10% inflation and prepared for successive increases in the energy price cap.

It said that a dip in used car sales (down 13% in Q2 vs 2019) was driven by supply constraints, with sales remaining healthy where stock is readily available.

Sales of cars aged below five years fell 24% in Q2 against 2019, it reported, as a result of a 19% dip in stock for that age cohort, adding: “Conversely, stock levels for cars aged over five years-old were up 14%, and as a result, helped fuel a healthy 15% increase in sales against 2019.”

Levels of consumer demand is “softening”, Auto Trader conceded, but while the volume of Auto Trader advert views dipped 11% YoY last month, it highlighted that they remained up 16% on 2019’s more normal trading environment.

Last week Cap HPI reported that car retailers were having to “work harder” to maintain sales as consumer demand begins to falter.

However, in its monthly month-end market overview, the vehicle valuations specialist revealed that trade prices had declined by just 0.3% at three years and 60,000 miles in the month to August 25.

Cap HPI director of valuations Derren Martin told AM that older, more affordable cars were being hit hardest by the impact of the escalating cost-of-living crisis on car buyers.

She added: “The well documented global supply constraints having an adverse impact on the supply of new cars, is subsequently boosting consumer appetite for used cars as the next best alternative.”

Walker said: “Although there are clear potential headwinds, consumer demand remains stable, and fuelled by the circa four million new and used car transactions ‘lost’ since 2020, as well as a range of other macro-economic factors, we’re confident levels will be sustained.

“Coupled with ongoing supply challenges, these market dynamics will continue to keep prices strong for the foreseeable future.”